The vice presidential nominee has mistaken anarchy for democracy 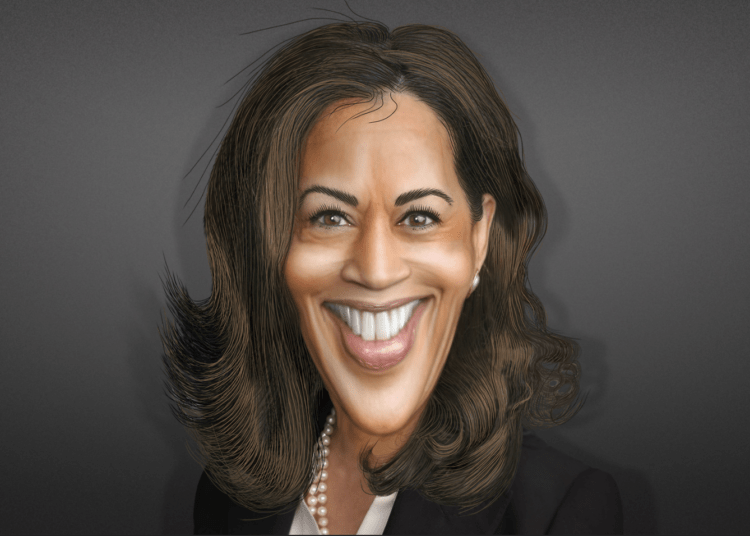 The presidential ticket of Kamala Harris and Joe Biden (as she’s mentioned it) have a myopic view of violence occurring as a result of antagonists and riots around the country.

They’ve largely remained silent on the vile crimes being committed under the banner of “peaceful protests.” Only now are they beginning to address the chaos as polls have been critical of their hushed tones. However, Harris’ latest comments demonstrate her lack of understanding of the national crisis we’re facing.

“Peaceful protests” against racial injustice are critical for the nation’s progress and help to keep law enforcement in check,” Harris said Friday.

Sadly, her view of “peaceful” is distorted. Death, mayhem, and billions and billions of dollars in property damage are not moving the nation forward.

“Nothing that we have achieved that has been about progress, in particular around civil rights, has come without a fight, and so I always am going to interpret these protests as an essential component of evolution in our country — as an essential component or mark of a real democracy,” the vice presidential nominee said during the NAACP’s national convention, Fox News reported.

Real democracy? Who is she kidding? It’s all out anarchy!

She added that protests were “necessary” as “the people’s voices must be heard, and it is often the people who must speak to get their government to do what it is supposed to do, but may not do naturally unless the people speak loudly — and obviously peacefully.”

Harris also praised the “brilliance” and “impact” of “Black Lives Matter,” which has received media praise but also come under fire for promoting left-wing stances like opposing the nuclear family.  “I actually believe that ‘Black Lives Matter’ has been the most significant agent for change within the criminal justice system,” Harris said.

Perhaps Harris could learn a thing or two from Marcellus Wiley, a former NFL defensive lineman, as he continues to point out the tragic consequences of tearing families apart. Wiley, quotes from BLM’s core beliefs, which says, “Dismantle the patriarchal practice,” and, “We disrupt the Western prescribed nuclear family structure requirement.” Wiley is appropriately appalled at the progressive movement seeking to destroy families.

Interestingly enough, when people oppose the BLM propaganda, they get branded as “white privilege,” “racist,” or “Uncle Tom” if they are Black. Indeed, the BLM movement has impacted the criminal justice system, but they’ve turned it upside down. As a result, jail doors have prematurely swung open releasing violent, predatory inmates who should be incarcerated.

Harris’ comments came during mass protests and riots, which have been based upon lies, propaganda, and misinformation. It all needs to fit into a narrative that extends political power for those opposing law and order for self-serving purposes. Meanwhile, Black America is suffering more than ever due to the carnage while smug leaders like Harris claim to support their well-being.

Footage quickly emerged showing buildings vandalized and burned in Louisville after a grand jury decided to indict just one of the officers involved in Breonna Taylor’s death as radical activist (including most in the media) ignored the fact that a police sergeant was shot before officers opened fire. Moreover, the Kenosha riots were based upon a false narrative from a short video. And on and on it goes.

Across the country, violent confrontations during these demonstrations have led to deaths and injuries, including for demonstrators, journalists and police officers. In Louisville two officers were shot, and subsequently hospitalized, during “mostly peaceful protests” surrounding Taylor’s case. One of the officers is Black, but the only time race seems to be a factor is when a law violator is getting injured or killed during non-compliance with police.

What is actually “necessary” in our nation is for leaders like Harris to encourage people suspected of crime to comply with law enforcement, and hold violators accountable for their actions when they’re injured or killed, while the oversight systems in place will thoroughly review the decisions made by officers. Burning a city to the ground is not the answer!

Yet we know that is not going to happen. Accountability seems to be a one-way street. BLM activists can support and threaten violence without being challenged. But when a Louisville police major who is understandably fed up with their antics, and  refers to them “punks” in an internal email, she gets relieved of duty. Considering the mayhem caused by rioters in Louisville, her term for their vile behavior is rather tame.

As the BLM movement has demonized police, advocated violence, and lionized criminals who’ve failed to comply with law enforcement, Black sports journalist Jason Whitlock addressed the propaganda being touted by professional athletes (and politicians like Harris). He wrote, “Jacob Blake, George Floyd, Eric Garner and Rayshard Brooks are not examples of ‘systemic racism.’ If anything, they’re examples of ‘systemic resisting arrest.’”

So no Ms. Harris, “mostly peaceful” protests are not “necessary” to impact change. People need to obey criminal statutes while multiple layers of civil and criminal review will hold police officers accountable. Can you and your political party please help end the riots before the United States turns into a third world country? … Of course not, you hope to be one of the dictators!