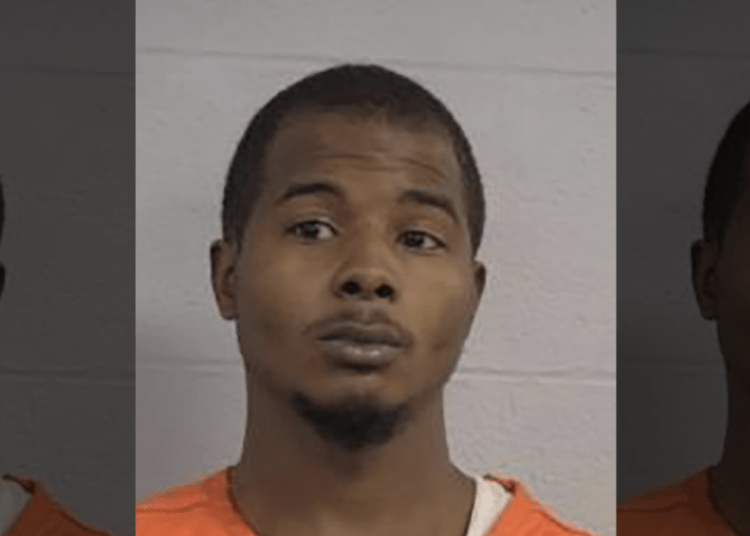 LOUISVILLE, Ky. — Louisville Metro Police Department has made an arrest and have identified the man in custody they say shot and injured two officers Wednesday night amid protests across the city.

Larynzo Johnson, 26, was arrested at 8:40 p.m., according to his citation, which stated he would face multiple charges of first-degree assault of a police officer and first-degree wanton endangerment, Courier Journal reported.

Johnson is accused of shooting two LMPD officers around 8:30 p.m. Wednesday night, as protests continued across the city in the aftermath of the announcement that one of the three officers who returned fire after being fired upon the night Breonna Taylor was killed would face charges.

Johnson’s arrest citation, provided by the office of the Jefferson County Circuit Court clerk, said the suspect’s actions “showed an extreme indifference to the value of human life” and put officers at the scene in danger of death or serious injury.

Moreover, the citation said LMPD officers were responding to a large crowd at Broadway and Brook Street in downtown Louisville that had set fires and would not disperse after being warned. Johnson was among the crowd and “intentionally used a handgun to fire multiple bullets at officers. Two officers with LMPD were struck by the bullets causing serious physical injury.”

Witnesses identified Johnson as firing the gun and then running from the scene, the citation states. Furthermore, he was in possession of a handgun when he was detained.

Footage reviewed by LMPD officers, according to the citation, showed Johnson firing the weapon, and a National Integrated Ballistic Information Network examiner was looking into an association between the firearm recovered and shell casings recovered from the scene.

“There is a high probability that a microscopic comparison, by a firearms examiner, will confirm the association between the firearm’s ballistic evidence,” the citation from the arresting officer states.

One Facebook Live video taken at the time of the shooting by someone in the crowd appears to show a man in a multicolored hooded sweatshirt firing a handgun at a group of officers. However, the video has been removed by Facebook. A man was taken into custody wearing a shirt that appeared to match that description.

The two officers injured in Wednesday night’s shooting remain unidentified. One was hit in the thigh, The Courier Journal was told, while another was hit in the abdomen below the body armor being worn. LMPD interim Chief Robert Schroeder said both were in stable condition and are expected to survive, though one was in surgery.

Meanwhile, police also arrested 127 suspects during overnight violence for a variety of charges.

UPDATE: The wounded LMPD personnel have been identified as Major Aubrey Gregory and Officer Robinson Desroches.

Gregory, who is White, was treated and released from University Hospital with a leg wound after being shot beneath his hip. Officer Robinson Desroches, who is Black, was struck in the abdomen is in stable condition after undergoing significant surgery and is expected to recover. LMPD also released two photos of the officers wounded, FOX reported.

Louisville Metro PD releasing photos of the two officers who were shot last night amid the protests. Major Aubrey Gregory and Officer Robinson Desrouches. Both are expected to survive. One is already out of the hospital. @FoxNews #foxnews #Louisville pic.twitter.com/e9yte87hoV