Seattle, Portland, and Minneapolis could learn a lesson from the Motor City 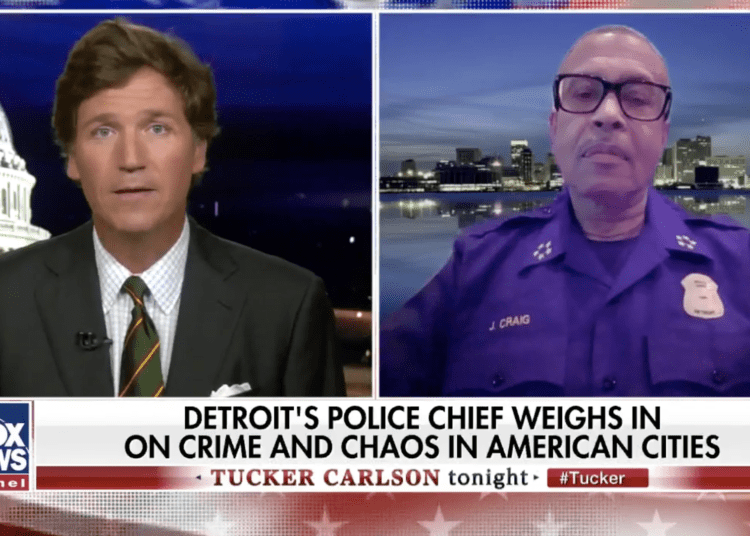 DETROIT — Chief James Craig of the Detroit Police Department joined “Tucker Carlson Tonight” Tuesday to discuss why the city has been spared the violent protests happening in other urban centers across the U.S.

“We don’t retreat here in Detroit. We’re just not gonna do it,” Craig told host Tucker Carlson. “You saw the images … of streets where there was lawlessness, looting, burning. No sign of police officers. We weren’t giving up ground to the radicals. We just didn’t do it.”

While Detroit has avoided major unrest, Portland has been gripped by nightly demonstrations and riots for more than two months while rejecting offers of federal assistance from President Trump, FOX reported.

Moreover, Seattle endured the CHOP zone while policing in Minneapolis is on the verge of being permanently benched.

In apparent contrast to Portland, Craig told Carlson, citizens of Detroit are “fed up with these radical protests.”

“I’m not to talking about these peaceful protests … [I mean] these misguided radicals that have tried to incite violence in our city,” the chief said. “They said, ‘We’re not going to put up with it.’ And so we got a couple of things. We got a great police department, great leadership, but we have a community that stands with us and said, ‘enough is enough.'”

Earlier this month, protests rocked the city after 20-year-old Hakeem Littleton was killed in an officer-involved shooting. However, Detroit Police Department released video that showed Littleton opened fire on officers who were making an arrest before he was shot and killed, Law Officer reported.

“So when you talk about what’s different here, we have a city that has stood together and oh, by the way, I know there’s a lot of conversation about the mayors in some of these big cities,” Craig said. “Our mayor stands with this police chief, stands with this police department [and] we are not going to tolerate this uptick in violence. That’s key.”

Furthermore, Craig has a history of going to bat for his officers when they’ve done the right thing yet get publicly scalded. Not only did the chief dispel misinformation regarding the previously mentioned OIS, but he publicly defended officers who were accused of recklessly driving through protesters with their police vehicle during a recent march.

The incident was much different than the narrative being espoused. Protesters swarmed the officers patrol vehicle. A loud smash was heard as the rear window was busted out. The officers believed they were taking gunfire and exited the danger zone, Law Officer reported.

“There is this loud crash or bang to the rear of the police car. And again in their mind, as according to our investigation, they believed they could be shot at, or were being fired upon and because of that they had to take quick, evasive action,” Craig told reporters at the time. “When you talk about training, if you run into an ambush situation the proper course is to get out for your safety and that is exactly what these officers opted to do.”

With everything else going on, Craig is also a coronavirus survivor.