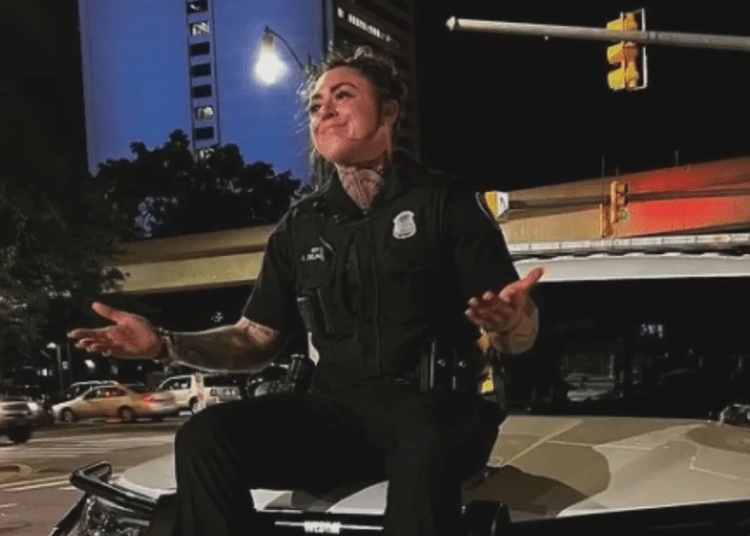 DETROIT – The Detroit Police Department opened an internal investigation after discovering an officer featured herself on a racy OnlyFans page. However, the Motor City cop actually tendered her resignation the day before the IA was launched, according to reports.

“One of our officers through her Instagram account had a paywall set up and was posting pornographic videos on the other side of the paywall,” Chris Graveline, the director of the Detroit Police Department’s Professional Standards section, told FOX 2 Detroit.

Chief James White learned about the page Tuesday morning. As a result, he launched an investigation and suspended Janelle Zielinski. Meanwhile, the rookie officer tendered her resignation a day earlier.

Zielinski began her short-lived career as a police officer after graduating from the academy in March.

Her resignation letter was due to take effect Sept. 23. Yet due to the suspension, she will no longer be part of the agency, FOX reported.

“One of the bedrocks of DPD is you have to keep your private life unsullied as well. This is a major point of emphasis to our officers so when we see something like this, Command moves very quickly. Chief White takes these things very seriously because it represents not just DPD but all of the city of Detroit,” Graveline said.

Zielinski was pictured in uniform on her Instagram profile that linked to OnlyFans, but not the OnlyFans page itself, according to the news outlet. She was also pictured in civilian clothing with an unidentified uniformed officer.

The former officer did not respond to FOX 2’s request for comment.