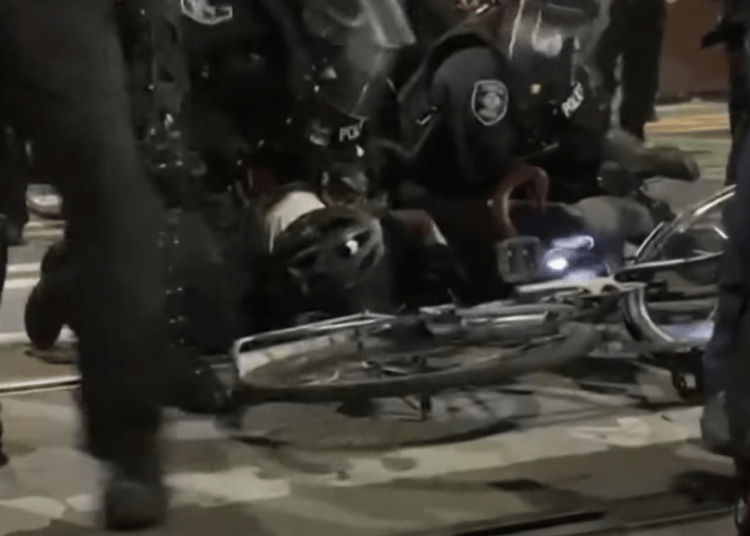 Police said 10 people were arrested after violence erupted at the intersection of Broadway and Pine Street, Fox reported.

“Officers reporting bottles, rocks, and fireworks being thrown at them in the intersection of Broadway and Pine Street. Arrests being made at this time,” police tweeted.

Another tweet said commanders were issuing an order to the crowd to disperse.

Officers reporting bottles, rocks, and fireworks being thrown at them in the intersection of Broadway and Pine Street. Arrests being made at this time.

The other seven arrests took place at Broadway and Pine, starting at around 1 a.m., police said. They were being charged with assault, harassment, and failure to disperse, Fox reported.

When the area was cleared and restored to its’ citizens on Wednesday, more than three dozen people were arrested on charges of failure to disperse, obstruction, assault and unlawful weapon possession.

“Our job is to support peaceful demonstration but what has happened on these streets over the last two weeks is lawless and it’s brutal and bottom line it is simply unacceptable,” Police Chief Carmen Best said.

Seattle Mayor Jenny Durkan had been under fire for her laissez faire response to the militant protesters at the CHOP zone.