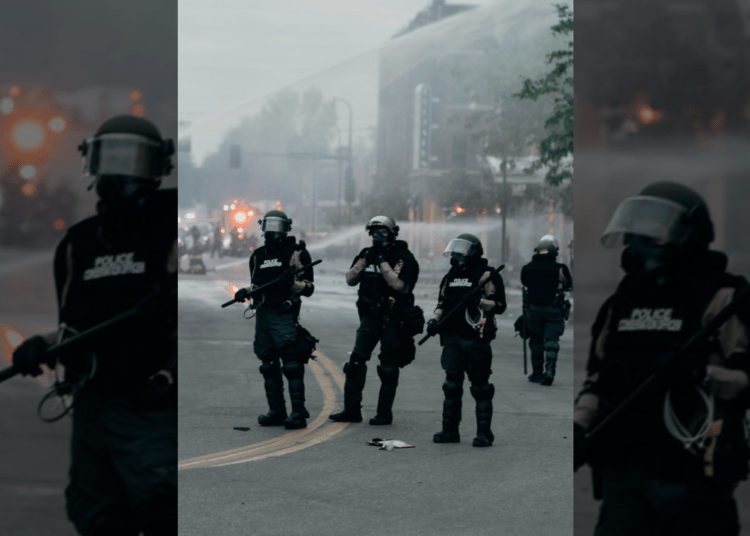 MINNEAPOLIS — Authorities in Minneapolis made a grim discovery Monday when they recovered a charred body left in the debris of a pawn shop that was victimized by arson about two months ago at the height of the protests in the city.

Minneapolis police are investigation, reported Fox 9. The body is believed to have been an adult male, the report said. The city’s medical examiner will work to determine the precise cause of death.

City police and other agencies, including the Bureau of Alcohol, Tobacco, Firearms and Explosives were investigating Max It Pawn after a tip, according to the Star Tribune.

“The body appears to have suffered thermal injury and we do have somebody charged with setting fire to that place,” John Elder, a police spokesman told the news organization.

Montez Terrill Lee, 25, was charged federally for his connection to the blaze, the report said.

If the death is ruled a homicide, it would the city’s 36th of the year — compared with 18 at this time last year.

It would also be at least the second fatality connected to the riots. In the first, John Rieple, 59, the owner of Cadillac Pawn at 1538 E. Lake St., was arrested after shooting and killing a man outside of his business, but was later released. No charges have been filed. Relatives of the victim, Calvin “Chuck” Horton Jr., 43, has cast doubt on the initial account that Horton was killed while looting the store.

NBC News denies there are riots in Minneapolis