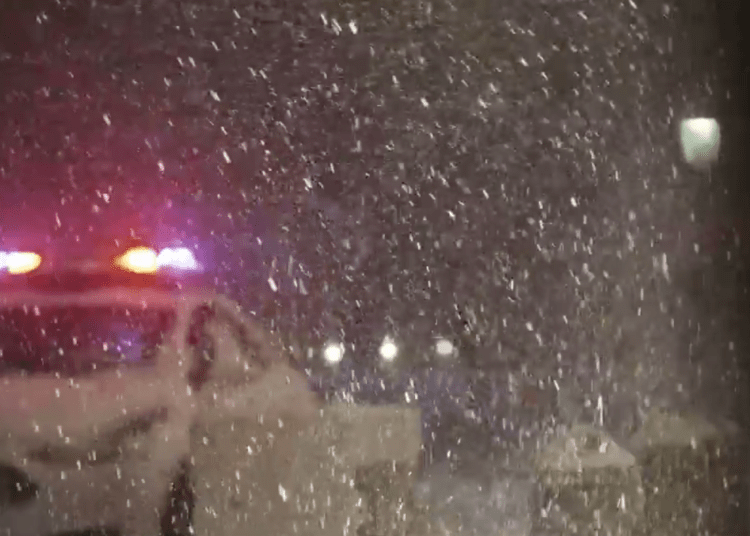 ALBANY, Wis. — A prosecutor detailed in a criminal complaint how a 16-year-old father allegedly shot his newborn daughter, twice, and attempted to cover up the crime.

According to the criminal complaint, the teen purportedly confessed to the homicide while being interviewed by the Green County Sheriff’s Office.

Despite his age, the suspect is being charged as an adult, according to FOX 23.

Sheriff’s Deputy Derek C. Whitcomb reported that dispatch received a call on Jan. 9 at approximately 1:30 a.m. saying the teen had taken his daughter shortly after she was born on Jan. 5 and had not been seen for several days.

The suspect initially claimed he had given the child and $60 to a “friend” named “Tyler” to bring to an adoption agency in Madison, according to the complaint. When pressed for further information about Tyler, such as a last name or phone number, the suspect was unable to provide details, according to authorities, FOX reported.

He had allegedly met Tyler through Snapchat and said attempts to contact Tyler after the handoff were met with no response, according to police.

However, a day later, investigators questioned the teen father again and said he confessed instead that he had taken the child to his mother’s residence, then out into the woods, according to the complaint.

Authorities said he claimed he placed the infant into “a small area inside a fallen tree” before burying the body in snow and leaving it to die, the complaint states.

When investigators found the infant’s body, they noted a gunshot wound in the infant’s head and a spent casing located nearby, they said.

The suspect then reportedly admitted that he had shot the child twice, according to the complaint.

Investigators later found a male friend of the suspect’s who had held onto the alleged murder weapon, which he purportedly received a few days after the incident.

According to the complaint, authorities were contacted by an Albany resident on Sunday who stated that his daughter had given birth in a bathtub on Jan. 5, but no one had seen the child since the suspect took her from the home immediately following the birth, WMTV reported.

The teen father has been charged with first-degree intentional homicide and hiding the corpse of a child.

If convicted, he could face life in prison.