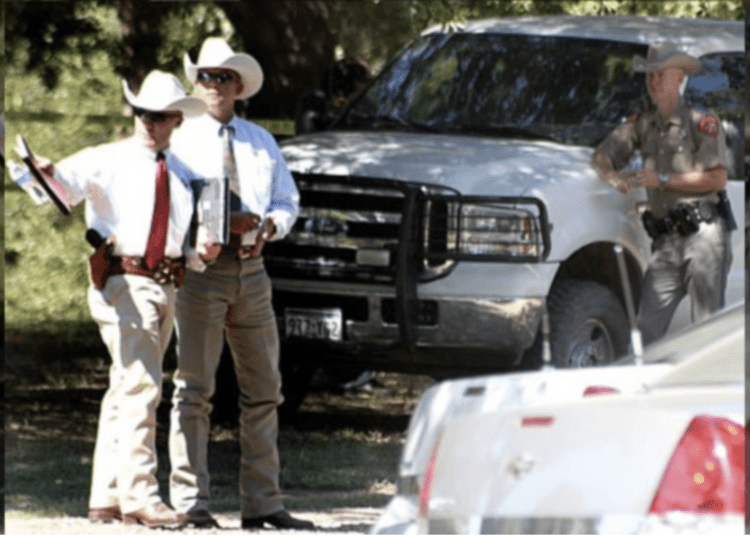 TEXAS — In the Lone Star state, becoming a Texas Ranger means something. The agency leads by example through its actions and forward thinking, without sacrificing its history and traditions. No matter your race or gender, anyone can be a Ranger if you work hard enough, but there is plenty of competition.

The responsibilities of today’s Texas Rangers have expanded significantly over the last 20 years. New threats posed by organized crime, terrorism and drug cartels have stretched them far beyond their traditional roles of criminal investigation and law enforcement, according to TexasRangers.org.

Becoming a Ranger is part of the job few see or will experience firsthand. It is not merely the requirements to be eligible to apply for this coveted role, but the daily work and selfless toll sacrificed for others, Fox News reported.

“To be a Texas Ranger, like any law enforcement professional, it’s all about service to your community, service to the citizens, and in this state, it’s the man I had to be to be a Texas Ranger,” said Matt Cawthon, a retired Texas Ranger. “To me, what it means to serve Texas is to give selflessly for people. You’re looking for justice, and that’s what it’s all about. There are millions of people in Texas. We have dedicated our lives to that service, and there’s no more fulfilling job that I can imagine that an individual can have.”

Although many will apply with the required requisites for the job, only the cream of the crop make it to the Rangers.

The Rangers have a relatively small force of 167 law officers who cover a state with about 30 million citizens scattered in 254 counties, spanning 270,000 square miles.

When a position becomes available, hundreds of men and women apply. To be considered, each applicant must be a citizen of the United States, be in excellent physical condition, and have an outstanding record of at least eight years’ experience with a bona fide law enforcement agency. Furthermore, the applicant must be currently employed with the Texas Department of Public Safety (DPS), in the position of a commissioned officer with the rank of at least Trooper II.

“As you begin in the Highway Patrol, the reason that it’s eight years or so before you can get in, is that learning the laws,” explained Richard Sweaney, a retired Ranger. “Learning how to handle situations, learning how to remain calm, how to control yourself, even though the adrenaline is flowing. The ability to make quick decisions. You know, in a matter of split seconds, those things are learned through your experience.”

Rangers master these crucial requirements for the job, separating themselves from all others, Fox reported.

“You have to be of the highest moral integrity,” said Cawthon. “You have to have an excellent work ethic. That’s the individual that the Rangers are looking for prior to employment. To be a Texas Ranger, you have to be honest. You have to be a cut above.”

Rangers are also expected to be self-supervised. The nearest boss could be as far as 100 miles away from a Ranger and an ongoing investigation.

“You have to be able to make decisions on your own according to law and policy,” said Cawthon.

As the agency has modernized, candidates have more of an opportunity to explore different areas of law enforcement. In the past, candidates would compete for whatever the open position might be. As the agency grew in size and capabilities, Rangers could move toward a particular track that they excelled in or was of interest, Fox reported.

“What I liked to do best was hunting fugitives and people who didn’t want to be found,” said Cawthon. “And today, even with all of the sophistication in all of the gear they have, sometimes that’s what you still have to do. You have to be boots on the ground, and you have to run them down. Find the bad guys.”

When Rangers such as Sweaney or Cawthon would successfully de-escalate a situation or track down a dangerous threat to the community, those wins are not celebrated or touted publicly. In many ways, their career and place in society are often a thankless job, and under the radar, which is by design.

Like all members in law enforcement, becoming a Ranger doesn’t come without personal sacrifice. Despite the honor of serving the state of Texas and protecting your fellow citizens, it’s at home where families face the invisible toll of the job, according to Fox.

“It is hard on family life,” said Cawthon.” You miss some of your family functions because duty calls, and we are here to serve the citizens of the state of Texas, and we are on call 24 hours a day.”

There’s a mentality ingrained in Rangers early on and hardened over time in order to prevail.

“I think the mentality to become a Ranger is very important because the type of people that we hire and the most successful are people that have confidence in their abilities,” said Sweaney. “You have to be loyal to the citizens in your area.”

The Texas Rangers have always been a revered group of law officers in the state. Their influence has spanned generations.

“During that time, my office was attached to the Ranger Museum here in Waco, Texas,” Cawthon added. “If not daily, it was several times a week that we’d have a knock on our door and some family would be standing there with a small child. And that child would want to meet a real Texas Ranger. That’s something that we never took lightly.”