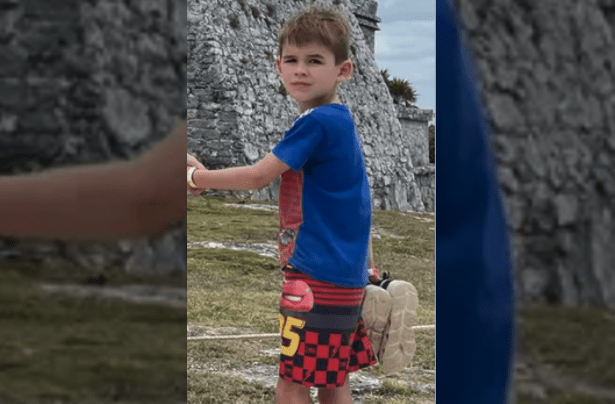 Oliver Hitchcock succumbed to his injuries on Friday. (GoFundMe)

SHEBOYGAN FALLS, Wis. – A Wisconsin mother is accused of strangling her 8-year-old son to death, according to authorities.

The little boy, Oliver Hitchcock, was reportedly battered and strangled by his mother inside the Plank Trail apartment complex in Sheboygan Falls. Police said the boy’s father took “life-saving measures” and called 911 before the child was transported to a local hospital in critical condition on Wednesday, FOX 6 Milwaukee reported.

Oliver died on Friday as a result of the injuries he sustained, Chief Eric Miller disclosed at a Saturday press conference.

The chief did not reveal specific details, but noted the mother was arrested and booked at the Sheboygan County Jail on one count of intentional homicide, according to the Daily Beast.

Prior to her arrest, the mother also went to the hospital with “self-inflicted” injuries. She was medically discharged and subsequently taken into custody.

Police have not released the woman’s name since she has not been formerly charged. The case is currently being reviewed by the Sheboygan County District Attorney’s Office.

Oliver’s uncle identified as “Eric” wrote on a GoFundMe page, “Any single parent knows that caring for a child on their own is no easy task, so the added burden of grieving over the sudden and tragic loss of a child while staying strong for his son creates an exponential burden.”