'It's important for us to be diligent, to be vocal, but in a balanced way' 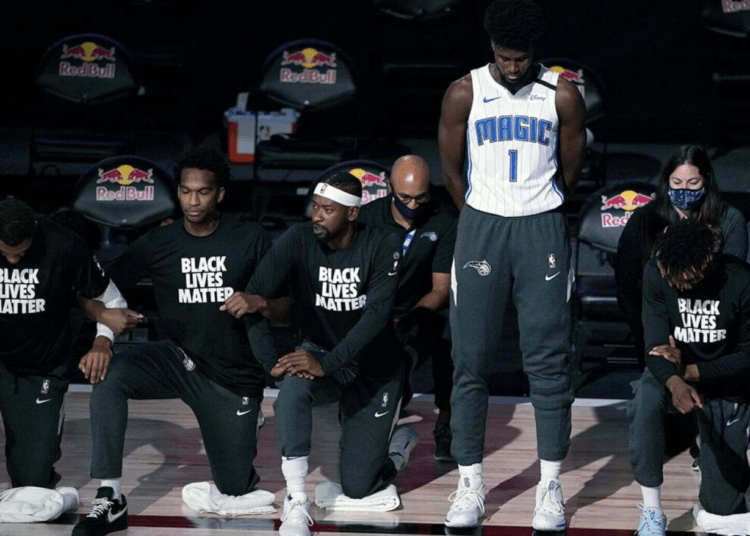 Orlando Magic forward Jonathan Isaac was the lone player to stand during the national anthem on Friday as his teammates and Brooklyn Nets players knelt to protest their perceptions of racial injustice and police excessive force.

Isaac was the only person out of the first three games of the NBA’s restarted season to stand for the national anthem. Moreover, he didn’t wear a Black Lives Matter shirt and instead chose to stand with his arms at his back with his Magic jersey showing.

“It’s important for us to be diligent, to be vocal, but in a balanced way.”

It wasn’t immediately clear why Isaac chose to stand while his other teammates knelt, Fox reported.

However, in June Isaac was asked about the protests following the police-involved death of George Floyd.

He told Click Orlando: “Just because we are in the position of being an NBA player, it doesn’t give us automatically an understanding or insight to issues that happen around us. But I think because we have the ear of so many it’s important for us to be diligent, to be vocal, but in a balanced way.”

With the pressure placed on players to take a knee, whether they want to or not, Isaac’s decision to remain standing is courageous, but will likely lead to scorn from fellow teammates and others around the league.

Houston Rockets star James Harden was ridiculed when he appeared with a Thin Blue Line mask at practice a few weeks ago.

“Honestly, I wasn’t trying to make a political statement,” Harden said before the Rockets resumed practice. “I honestly wore it just because it covered my whole face and my beard. It’s pretty simple.”