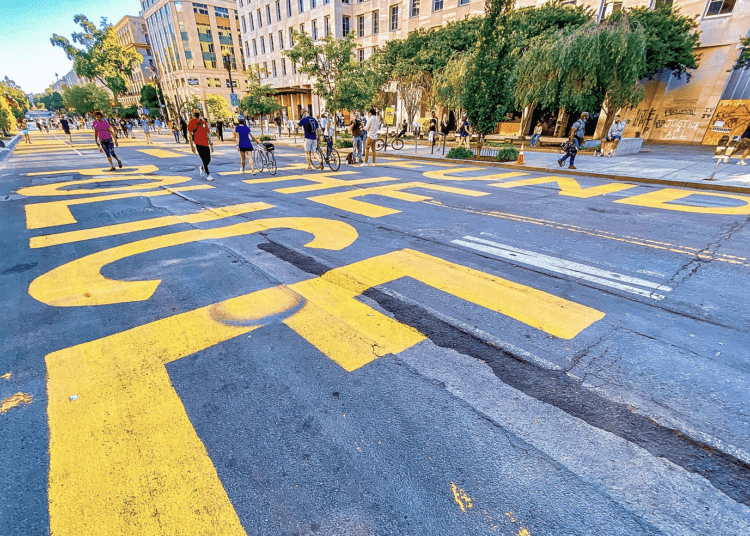 When the NBA resumes play in the Orlando bubble later this month, most NBA players will be wearing their favorite social justice slogan, but no pro-police messages will be allowed.

Can you say, CENSORSHIP!?!

As of Wednesday afternoon, 285 of the expected 350 eligible NBA players had picked a social justice message to put on their jerseys, while 17 had opted to continue to use their names instead, National Basketball Players’ Association executive director Michele Roberts told ESPN.

The list of messages that were agreed on by the NBPA and the NBA and then made available to players include: Black Lives Matter; Say Their Names; Vote; I Can’t Breathe; Justice; Peace; Equality; Freedom; Enough; Power to the People; Justice Now; Say Her Name; Sí Se Puede (Yes We Can); Liberation; See Us; Hear Us; Respect Us; Love Us; Listen; Listen to Us; Stand Up; Ally; Anti-Racist; I Am A Man; Speak Up; How Many More; Group Economics; Education Reform; and Mentor.

After the approved list was released earlier this month, several NBA fans noted the absence of certain political messages. For instances, lingo missing from the list include anything anti-China, like, “Free Hong Kong,” or anything to do with “All Lives Matter” or “Blue Lives Matter.”

First to plaster “Free Hong Kong” on their back earns a fan for life https://t.co/MBBarq5YOo

Wonder if the NBA will kick out all the Chinese Americans wearing “Free Hong Kong” t-shirts ? social justice only matters when it’s not hurting your pockets. https://t.co/J27bxrsG2v

Sen. Josh Hawley, R-Mo., issued a news release detailing a letter he planned to send to NBA Commissioner Adam Silver, criticizing the league’s decision to limit messages players can wear on their uniforms to “pre-approved, social justice slogans” while “censoring support” for law enforcement and criticism of the Chinese Communist Party, Fox reported.

Hawley wrote in the letter to Silver that the league’s “free expression appears to stop at the edge of your corporate sponsors’ sensibilities.”

With all the anti-police rhetoric emanating from the sports world, it’s refreshing to hear two high profile, black sports personalities, Jason Whitlock and Marcellus Wiley take on the agenda of Black Lives Matter.

After reading the BLM mission statement, Wiley contested several things that he read, such as, “We dismantle the patriarchal practice,” and, “We disrupt the Western prescribed nuclear family structure requirement.”

As a husband and father, Wiley appeared angry about these objectives as he then began to rattle off the consequences of kids who come from broken homes.

Whitlock slammed NFL owners for caving to the BLM agenda. He objectively referred to BLM as a “Marixsts political organization.”

Wiley and Whitlock’s statements can be seen as part of the Tucker Carlson video below: