7 progressive issues that are degrading society; 4 proven methods that should be trusted 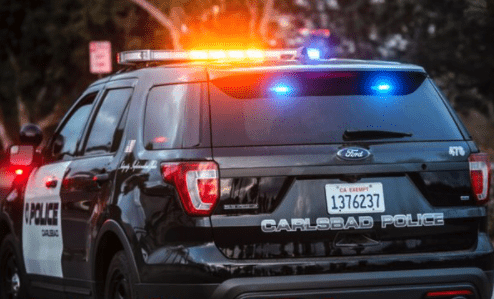 One thing I’ve learned as a career police officer, student of history, and now a law enforcement news journalist is that progressive politics pretty much guarantees unhappiness because victimization is the focal point as the abnormal and irrational demands of a few are being forced upon the many.

This is a brief list of progressive issues and the subsequent consequences we are facing as a culture:

So why are we actively engaging in The Great Reset of our social norms? Because the masses are getting duped by people and organizations that lack character and champion “power” more than ethical behavior. That is why BLM will never offer compassion for a black police officer who is killed in the line of duty or condemn black on black crime occurring at alarming rates on the streets of our inner-cities.

“Social Justice” has been weaponized

The “theories” pointing to why people are bad have multiplied, yet our collective behavior is getting worse every day. We haven’t solved any problems and American culture is deploying strategies that are creating criminals en masse. Killers are getting younger every year … And they are murdering parents, siblings, and classmates.

We lack the collective will to hold wrongdoers accountable. Instead, people make excuses for their criminal behavior. It’s always the fault of someone else. Indeed, “social justice” has been weaponized … and it’s killing us.

Proven methods should be trusted

What should we do? The answers are not complicated, but we need people of character to act while we still can.

Finally, there is no single institution that is driven by local, state, and federal politics like law enforcement. Therefore, prior to checking a box on the ballot for a candidate, I’d encourage all voters to know if the values of that person align with your way of thinking. Too many George Soros-funded candidates have wreaked havoc on the criminal justice system in America. It’s time to get educated and stop the bleeding.

To that end, we just saw San Francisco recall Chesa Boudin, whose philosophies are antithetical to the mission of the district attorney’s office. This offers civil-minded people with some optimism that we can impact destructive politics. We can only hope the same happens in Los Angeles where DA George Gascon also faces a recall election.

Philadelphia—Larry Krasner, St. Louis—Kim Gardner, and Chicago—Kim Foxx are other major jurisdictions where chief prosecutors are actively hostile to the truth and fair-minded justice, and that has lethal results. Sadly, there are many others around the country who do much the same, and it should not be tolerated.

Fighting against the consequences of crime is far worse than having philosophical differences, it is evil without a conscience. We can only hope that voters will eventually give them the boot as well.