Social justice warriors are profiting by sewing seeds of discontent 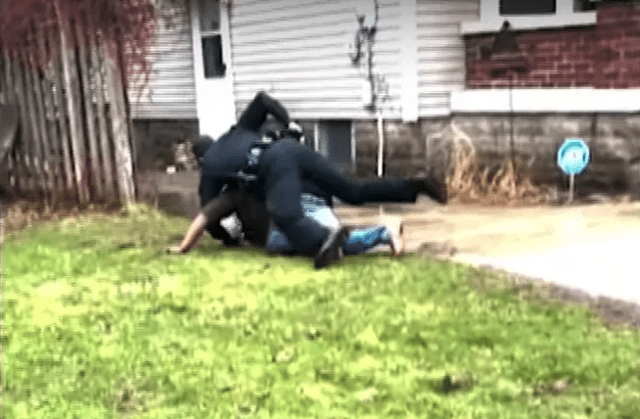 Protesters outside the Grand Rapid Police Department are demonstrably demanding justice for Patrick Lyoya and his family after a fatal shooting that occurred April 4.

So let’s recap the general circumstances that are known. Lyoya was stopped for a traffic violation. He failed to remain in the car as instructed. He failed to produce a driver’s license as required by law. The officer told Lyoya that the license plate did not belong on the car, which required further investigation. He struggled with the officer and then ran during the legal detention. When the officer caught him, he chose to fight. During the 90-second wrestling match, Lyoya obtained some manner of possession of the officer’s Taser. The officer ordered him at least twice to release the Taser before the bodycam was knocked off and deactivated. Reasonably fearing that great bodily harm could come to him if tased, the officer resorted to deadly force.

Consequently, Lyoya was the ultimate cause of his death despite claims to the contrary. He made every decision that required a countermeasure taken by the officer.

Therefore, social justice activists need to change their drum beat and begin encouraging followers to comply with police in order to avoid more shootings. If there is a disagreement it can be peacefully resolved in court.

Police take all the blame, but it’s time to place some responsibility with people who choose to run, fight, and buck law enforcement authority.

Justice is a two way street and a bunch of radicals are driving on the wrong side of the road.

Almost without fail, every “controversial” police shooting begins with various forms of non-compliance, which escalates into a fatal encounter. Officers involved in these circumstances do not seek them out, they are dropped on them like an explosive device.

A vast majority (tens of thousands) of “non-compliant” encounters do not turn fatal, and the public never hears of them. … Good job by the police! … But on occasion it turns out really bad, like the incident in Michigan, and the self-righteous pariahs get emotional people worked into a frenzy. … Hence, the anti-police protests begin.

When law enforcement asks for justice as officers and deputies get killed, it’s barely a whimper compared to the social justice movement. Why aren’t their deaths acknowledged as an important part of social justice?

As activists scream for justice in the aftermath of the officer-involved shooting in Grand Rapids, we’d all be better off if they would promote compliance as much as they demand justice.

Black journalist Jason Whitlock said it succinctly in a tweet. “Just watched the video. Patrick Lyoya did everything possible to make that cop to shoot him.”

Just watched the video. Patrick Lyoya did everything possible to make that cop to shoot him.

When Law Officer shared video of the shooting, I said in our social media posts, “Don’t run, don’t fight, don’t take the officer’s Taser and live.” It’s that simple, yet police continue to get negative publicity when people choose non-compliance in all manner of resistance.

Sadly, I’m aware that all of this is wishful thinking. The social justice warriors don’t want peace. The grievance industry is making a lot of money and expanding their bully-pulpit power in the process. They are profiting too much from the hatred, discontent, and bitterness toward an institution that is trying harder than ever to meet needs for citizens of every color and keep the peace in our communities while enforcing established law.

They chant, “no justice, no peace.” I would say, “know justice, know peace.” It’s a two way street and a bunch of radicals are driving on the wrong side of the road.