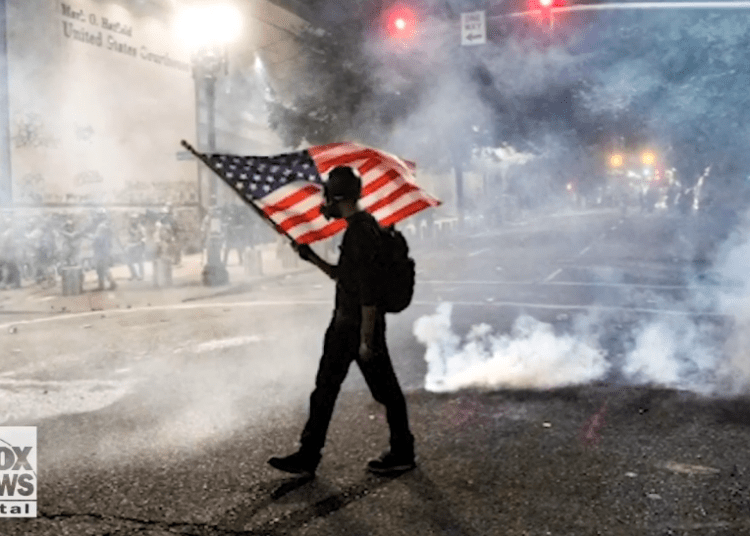 Social justice is a disaster. It has nothing to do with equality. It promotes certain classes for promotion. Worse yet, it advocates criminal behavior by reducing or eliminating the consequences of violence, but only when the violent acts are committed by certain groups of people—like those promoted by the BLM movement, Antifa, etc.

Consequently, social justice is causing irreparable harm. We are seeing it play out in nearly every major city in America. Police are handcuffed and punished with impunity by social justice engineers while criminals are benefiting from their ill-conceived ideas of reparations and restoration. Thus, law violators are not being held accountable for their crimes. The consequence of “reform” means more inner-city minorities are being harmed. But radicals overlook the injustice as they march forward.

As a result, it has created a level of tribalism where devouring your opponent is the goal. “Co-existance” is only possible when people yield to the dominion and control of social justice table-setters. They claim that peace cannot be achieved until “social justice opponents” have been knocked to the ground and forced to submit.

Unequal justice is the goal

America has always functioned with equal justice. What has happened?

Social justice really means unequal justice. It destroys equality. It has to. The goals of control cannot be achieved through equality.

The words of social justice proponents are filled with propaganda and lies; easily countered with facts and truth. Sadly, this kind of evidence (truth) has been suppressed; worse yet, smeared as racist commentary.

This is our current state of affairs.

There is nothing compassionate about unequal justice, or what used to be called inequality. Determining winners and losers based upon categories is filthy politics that will invade liberty and destroy freedom.

Unequal justice breaks trust and destroys relationships. Racial exaltation crushes the spine of every individual forming a human pyramid to undergird a gaudy system of systemic preferences. It creates losers as punishment is doled out to the “underclass.” Sadly, this is the goal, and it should not be endorsed.

There is a reason why Lady Justice wears a blindfold. It is the only manner in which equality can be achieved. Social justice warriors want the blindfold removed and are demanding that she (Lady Justice) cast a wicked spell on equality, shunning it from the public square like a leper.

Our voices need to be heard and our values need to be championed. The “silent majority” needs to rationally explain that unequal justice is poison. However, we recognize the difficulty. If you disagree with the current ruling class (Dems, mainstream media, Big Tech) you’ll be punished—harshly.

But do not be intimidated. Social justice bullies are holding a hammer over the head of rational, clear-thinking people. Moreover, we know that people are paying a price. That’s all the more reason to support individuals, businesses, politicians, and leaders willing to take a stand against the openly hostile “social justice warriors.”

Andrew Torba, founder and CEO of Gab is a free speech advocate. That is why he’s been tirelessly working on a new social media platform for years. (you can gab with Law Officer here.) He said, “Conservatives complain about this bias in media all the time, this bias in technology … I’m going to do something about it.”

That is why the Silicon Valley expert has been creating Gab. It does not rely upon Big Tech servers, platforms, and apps, so it will not be shut down like Parler.

“As Christians I believe we are not revolutionaries but reformers,” Torba said. “So we don’t destroy things, which is what revolutionaries do. But we reform things, and we build things. That’s what I’ve been doing at Gab here for almost five years.”

Torba continued by discussing the attacks they’ve encountered, yet they’re persevering and constructively creating a platform that is overcoming the obstacles thrown their way.

Finally, more people need to understand that citizens with common sense values are already being attacked. The radical left is trying to crush the human spirit by redefining our set of beliefs as racist and bigoted. Ironically, their actions embody these accusations.

The values of American exceptionalism, Christianity, conservatism, justice, law and order, etc., when properly exercised, are the most compassionate core beliefs known to humanity. Its tentacles are historically found in institutions (church, law and education), charities, hospitals, our system of representative governance, and elsewhere throughout America. That is why we must remain true to our principles—and carry on with the message of truth. It can be shouted down, trampled, and spit upon, but can never be defeated in rational dialogue. And for the sake of justice, let’s be rational and keep the dialogue alive.