The watch company tackling censorship and lockdowns, reminds us that 'freedom can be taken in an instant' 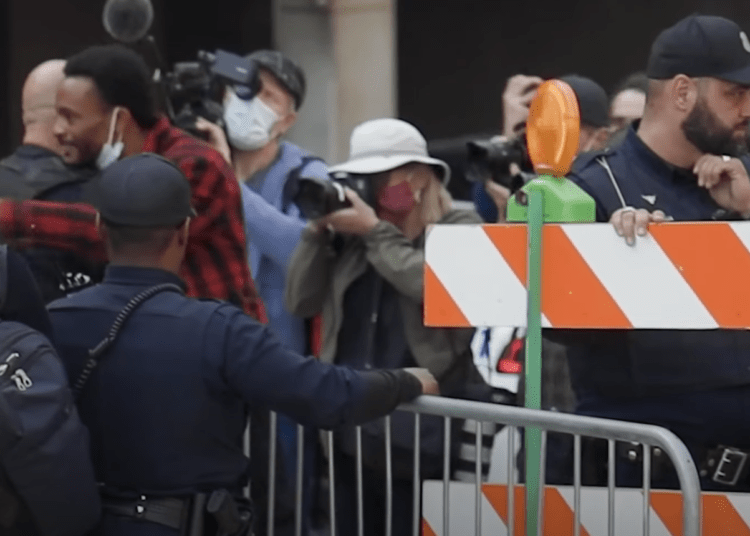 On Friday, a watch company released a video promoting the American ideal of freedom.

Egard Watches has generated buzz twice before with its videos — one in response to Gillette’s ad regarding “toxic masculinity,” and another defending police officers during the height of the “Defund the Police” movement (scroll to bottom of this article to watch pro-police ad).

The company’s latest video comes at a time when our personal independence is being undermined at a frightening pace, Daily Wire reported.

“What is freedom?” the video, narrated by Egard owner Ilan Srulovicz, begins. “Is it allowing others to decide what’s best for you while this is how they live their lives?”

As the question is posed, a news story about how lockdown isolation negatively impacts the elderly is juxtaposed with the now infamous photo of California Governor Gavin Newsom dining with a group of people at the wildly expensive French Laundry restaurant.

How are we defined?

A Gallup poll number showing that a large percentage of Americans blame the media for our political divide is displayed as Srulovicz states that we are not defined by our skin color, gender, or any other immutable characteristic, but by our “individuality, by our very soul, created under God as divine and unique.”

Continuing, he notes that we, as Americans, determine our fate and that we have a right to make choices despite risk; rights that are quickly evaporating.

The video then contrasts the ongoing wave of legacy news and big tech censorship with our right to free expression before cutting to multiple clips of political leaders and news anchors condoning or encouraging the summer riots and making outlandish claims, according to the Daily Wire.

“Sadly, we have forgotten that freedom isn’t free; that freedom is the result of great sacrifice,” the video continues. “And we sit today with the great realization that freedom, despite all its greatness, can be taken in an instant.”

The Daily Wire asked Srulovicz about why he decided to make the video.

There has been, in recent times, such an escalation of censorship, hypocrisy, and disconnect between us as Americans, our politicians, and our country as a whole. I care about this country deeply and refuse to give up on it without a fight. It’s not just me, we as a company care about this country. It’s clear as day that right now, every major organization, corporation, and media source is only allowing one narrative to be said. Any challenge to said narrative no longer results in debate, or even opposition, but absolute censorship.

Our president, like him or not, is currently censored on every major social media platform. The Walk Away movement is censored. Huge corporations like Shopify are taking part in this. It is unacceptable. We are losing the battle of freedom, and I wanted to remind people what that means. Freedom is everything. We have nothing without it.

This is no longer about you, me, or any individual; it’s about us as a country. The most powerful asset I currently have is my company, and I am going to use it unapologetically to stand up for these ideals. It’s time, now, for companies to step up and step forward and put out opposing narratives. To show that freedom of speech still has a chance. We need voices from more than just individuals.

I hope that the video allows people to see that countless other Americans feel the same way they do, but more so that it inspires other brands and companies to say “Hey! We are here! We are with you and we will stand up for what we believe in.”

Law Officer previously published a short video from Jim Bontrager answering the question, “What is Freedom?” Watch it here.

Egard’s powerful pro-police ad, which was released amid the anti-police climate of June 12, 2020, just a few short weeks after the custodial death of George Floyd, can be viewed below.