While the president is banned, radical leaders remain active on the platform 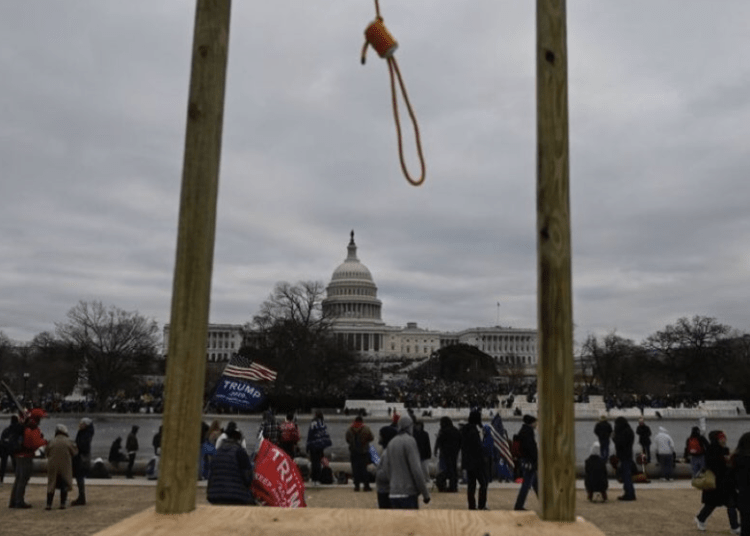 Twitter allowed public calls to hang Vice President Mike Pence to remain and trend on its platform Saturday morning less than a day after the account for President Trump was permanently suspended for inciting violence.

“WTF why is this allowed to trend?” said journalist Yashar Ali. “I get that people have been tweeting it to quote some of the insurrectionists but it shouldn’t be allowed to trend.”

A screenshot shared by Ali showed more than 14,000 Twitter users had shared the sentiment at the time he flagged it, New York Post reported.

The line originated during unrest on Wednesday in Washington, DC, with rioters chanting for Pence’s execution as they rampaged through the Capitol building.

Outside the building, other miscreants had even erected their own makeshift noose for the effort.

Just hours before, Pence had signaled his intention to allow the certification of the electoral votes to proceed, officially putting Biden on the road to becoming the 46th president of the United States later this month.

“We blocked the phrase and other variations of it from trending. We want trends to promote healthy discussions on Twitter,” a company spokesperson told The Post. “There are Rules for trends — if we identify accounts that violate these rules, we’ll take enforcement action.”

Trump’s ban from Twitter appeared to be part of what many have referred to as a “purge” of the social media giant’s users, including former pro-Trump attorneys Lin Wood and Sidney Powell, as well as former National Security Adviser Gen. Michael Flynn, Fox News reported.

However, Twitter’s critics are pointing out the glaring exceptions the platform appears to have made for some of the world’s most hateful and dangerous voices, including Iran’s supreme leader, Ayatollah Ali Khamenei and radical extremist, Louis Farrakhan, among others.