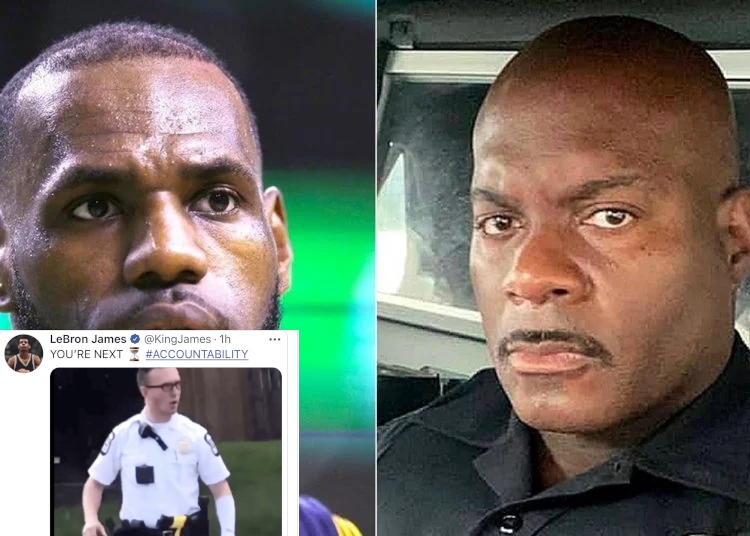 Los Angeles — The LAPD police officer who sought to meet LeBron James to discuss “the reality” of policing said the NBA superstar has not responded to his open letter. In a Facebook post, officer Deon Joseph assailed LeBron, but said he hoped to sit down and talk about him about the reality of police work.

Officer Joseph explained, “I was LeBron James before I became a police officer,”  in response to LeBron’s inflammatory tweet about the Ohio officer who fatally shot 16-year-old Ma’Khia Bryant, as reported by Fox News.

Officer Joseph, now a the 24-year police veteran further explained, “I did not want to be a police officer at all. Being young and African American growing up in the late ’80s and ’90s, which were very violent and turbulent times, I thought that the police were basically our natural enemy.”

“It’s almost like a rite of passage — if you’re African American, you have to hate the police,” Officer Joseph declared to host Sean Hannity.

On April 21, LeBron sparked controversy when he tweeted a picture of Columbus Police Officer Nicholas Reardon along with the ominous-sounding caption, “YOU’RE NEXT.”

Aside from the obvious demonstration of prejudice—the very thing LeBron hypocritically claimed to be speaking out against—later deleted his tweet amid a backlash, saying he took it down because it was “being used to create more hate.” 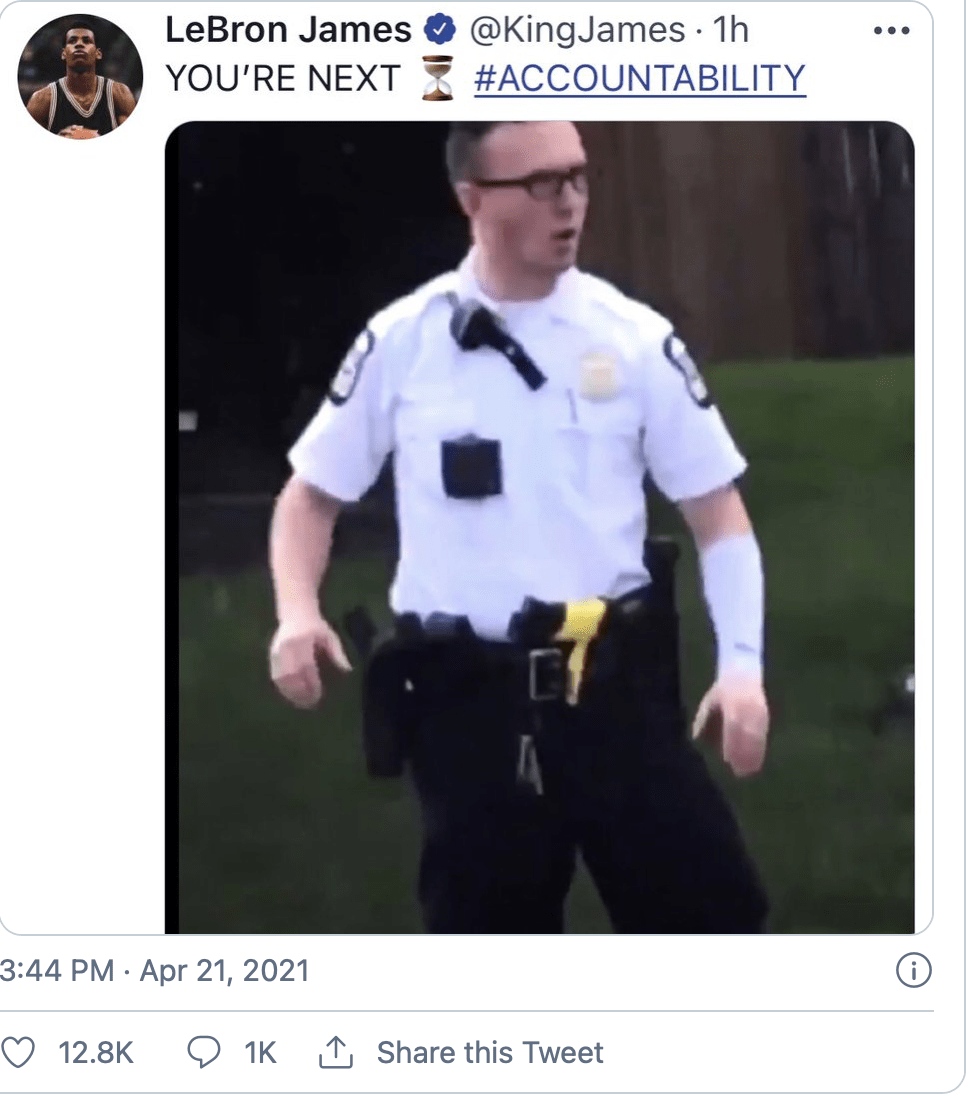 In his Facebook post and open invitation to LeBron, Officer Joseph said, “If I do or don’t, I’m not going to lose any love for him,” the officer said on Fox News. “I think the work he does for children and charities is incredible. It’d be disappointing, but if it inspires other people and their committee members start talking again, then that’s good with me.”

Joseph continued: “If he doesn’t feel like [apologizing]. He doesn’t have to. I just thought it would be good if you know you’re wrong on an issue that you could at least say, ‘Hey I got this one wrong. Yes I want accountability, but this one I got wrong.’”

He said he wrote the letter because the officer who shot Ma’Khia “could have been me.”

“I’m thinking of four times in my career I almost had to use deadly force on somebody, and I didn’t sleep for two days,” he told Hannity. “I was this close to shooting a young man to save other people while I’m going home off duty, and that would have been said about me without him knowing who I am.”

Joseph added: “I wake up praying that I’ve never, ever had to take the life of another human being.”

Joseph stressed the importance of remembering that the vast majority of cops are decent people: “we’re human beings dealing with human beings and that’s not always going to be perfect or pretty,” he said.