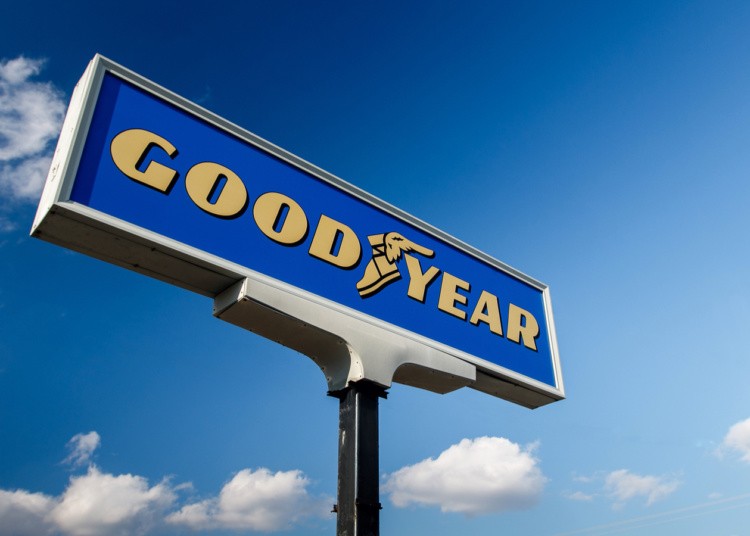 Many have been following the story about the incident at a Goodyear plant in Topeka, Kansas that produced yet another attack on police and fanned the flames of social justice knuckleheads.

The story goes that Goodyear corporate offices produced a training that was presented at their Topeka plant.  A slide was presented to employees, and a photo taken that showed that acceptable statements on clothing could be in support of BLM and LGBT but not Blues Lives Matter, All Lives Matter, MAGA attire or political material.  Of course, a recording of that presentation was also released.

With all the anti-police rhetoric and the caving in of corporate principles because of cowardice and for the sake of profit, I was offended like so many other good citizens.  I had figured Goodyear had gone in a cowardly direction like so many other corporations.   So, I looked up the email for Rich Kramer, the CEO of Goodyear and I sent him my thoughts from the perspective of a police officer.  I guess I knew that the CEO of a multibillion-dollar company with 64,000 employees would never give me the time of day, but I felt better having defended the police and called out his lack of leadership.

I guess “surprised” would be the word I would use to describe my response to a voicemail from Rich Kramer’s assistant Shiela left for me early the next day.  She stated she was calling on behalf of Mr. Kramer who wanted to speak with me.  So, I called back and was almost immediately connected with Rich Kramer, the CEO of Goodyear.

What I got was a courteous greeting asking if he could take a few minutes of my time to discuss my email.  His explanation was that the slide was not produced by or approved by corporate.  He stated an employee was trying to explain, with his own interpretation, the company policy which restrained employees from discussing politics.  He explained that with over 1,000 employees in each plant, the business of producing tires was the most important goal of a company that produces tires!  But even in his explanation what I got was, in my opinion, real leadership.  He never threw the employee under the bus.  He took responsibility for the action and said they had to own the comment and that it was impossible to take back.  He spoke of how trying to make tires in an environment where there are so many diverse employees led to a policy which tried to encourage people to work together had instead gotten Goodyear on the front page and on the lips of the President of the United States.  “We just want to get back to making tires.” he told me.

I never felt rushed in the conversation and I believed his words were sincere.  A CEO from a large American corporation felt the need to call a police officer from a relatively small agency to express his support for law enforcement.  He felt the need to explain to me that as the leader of some 64,000 people, he was responsible for the error.  He owned the mistake and it was his job to try to correct it.

I do not know the whole, real story but I know leadership and I saw it in action.  When police chiefs, administrators, mayors, and politicians are so quick to throw law enforcement under the bus instead of leading, it is refreshing to see leadership in action.  You can choose to decipher the information about this as you wish but I trust a leader and I found one in Rich Kramer.