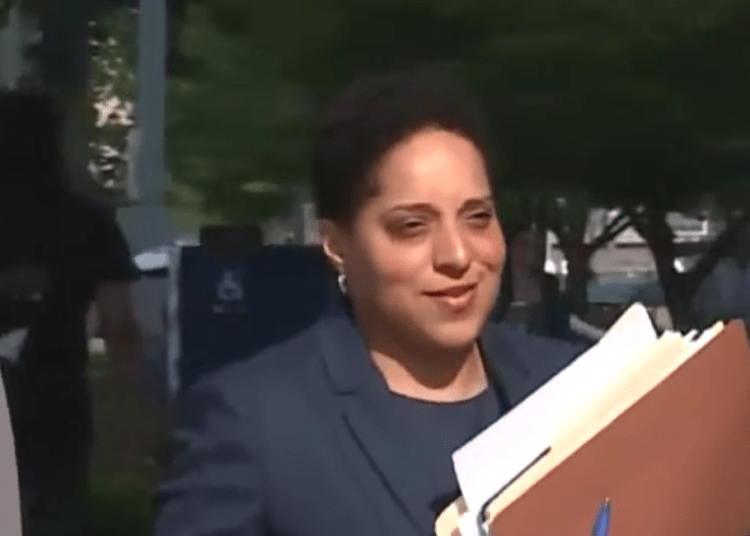 ST. LOUIS – The St. Louis Circuit Attorney’s office is sitting on more than 4,000 solved cases — leaving thousands of victims and their families waiting for justice that may never come — according to reports.

Prior to the start of the pandemic, police officers would go to the St. Louis City courthouse themselves to apply for arrest warrants on completed investigations. However, Circuit Attorney Kim Gardner’s office adopted an email system when COVID-19 began to spread and has not yet returned to in-person operations.

Despite coronavirus, the problems predate the pandemic. In 2019, police brought over 7,000 cases to her office seeking felony prosecutions. Gardner only pursued 1,641 of those, the Daily Wire reported.

Why is crime proliferating, police recruitment/retention down, cop morale sinking?

Gardner’s office is regrettably ignoring or delaying justice on more than over 4,400 cases. They are listed in the system as “pending application of warrant,” or “PAWS.” PAWS cases are “criminal cases St. Louis police have solved, IDed a suspect, and brought to the St. Louis Circuit Attorney’s Office (CAO) for charges,” according to a local news investigation, the Daily Wire reported.

As a result, streetwise criminals in St. Louis do not fear “the system” since they know exactly what is going on behind the scenes.

According to local news reports, suspects are shrugging off arrests, telling police officers, “Oh, it’s no big deal, I will just be PAW’ed.”

“And in fact, from our review of the list, there are some people who have been arrested, released, arrested again for a different crime and released again,” KMOV reported.

Criminology Professor Richard Rosenfeld said the number is staggering, despite the global pandemic, according to the Daily Wire.

“It needs to be addressed immediately,” Rosenfeld told KMOV. He said he’s never seen such a failure to manage pending cases. “No justice for victims. I thought, this cannot be true. Can’t be true. There’s got to be a mistake here.”

Rosenfeld said that even a cursory glance showed a number of the “pending cases” were serious felonies. And because no charges had been brought in even those cases, the alleged suspects had not been detained. Some of the cases date as far back as 2020.

Gardner’s officer issued a statement that claimed they were working to process the low-level offenses as quickly as possible in order to focus time and resources on the more serious cases.