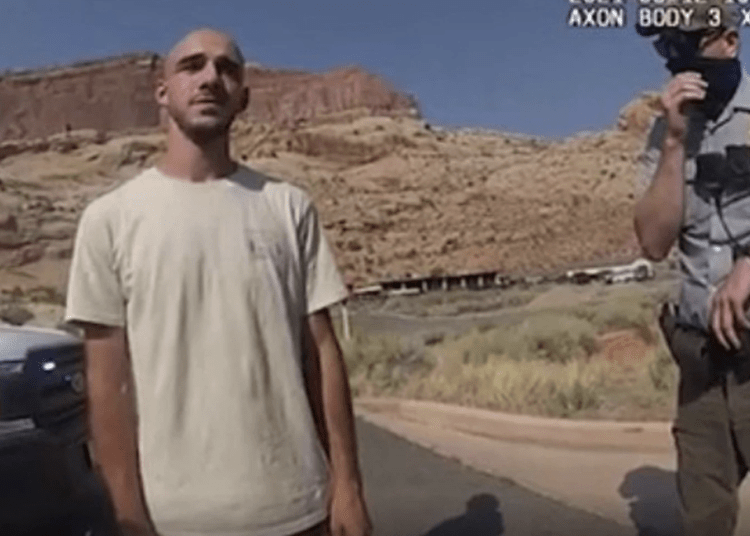 The U.S. District Court of Wyoming issued a federal arrest warrant for Brian Laundrie related to the disappearance and death of Gabby Petito, according to the FBI.

The warrant is “pursuant to a Federal Grand Jury indictment for violation of federal statute 18 U.S.C. § 1029(a)(i): ‘Use of Unauthorized Devices’ related to Mr. Laundrie’s activities following the death of Gabrielle Petito.”

“While this warrant allows law enforcement to arrest Mr. Laundrie, the FBI and our partners across the country continue to investigate the facts and circumstances of Ms. Petito’s homicide,” FBI Denver Special Agent in Charge Michael Schneider said in a Friday statement. “We urge individuals with knowledge of Mr. Laundrie’s role in this matter or his current whereabouts to contact the FBI,” Fox News reported. 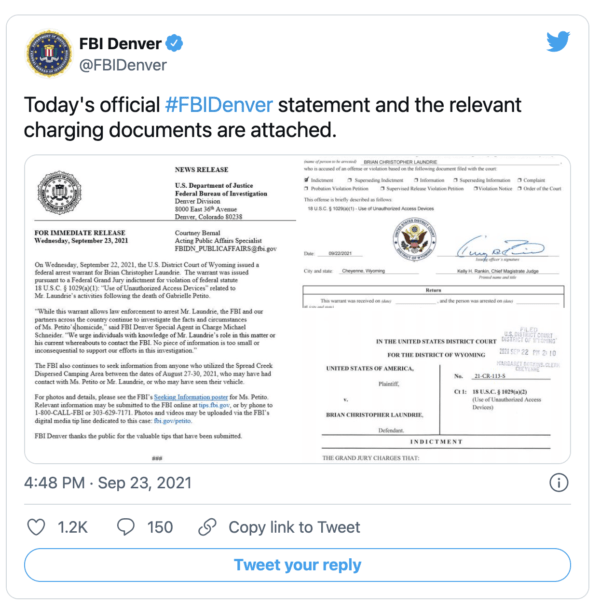 On Sunday Petito’s body was discovered in Wyoming’s Grand Teton National Park. On Monday the FBI served a search warrant at the home of Brian Laundrie, Law Officer reported. On Tuesday the coroner positively identified Petito’s body and categorized the case a homicide. A cause of death has not yet been revealed.

“Coroner Blue’s initial determination for the manner of death is homicide,” the agency said. “The cause of death remains pending final autopsy results.”

Petito and Laundrie had been on a cross-country trek together before she disappeared and he returned home to Florida without her.