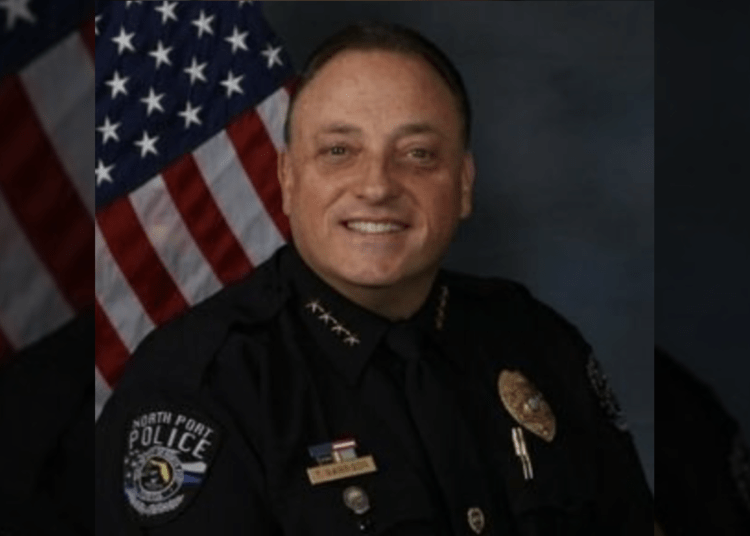 NORTH PORT, Fla. — The North Port police chief tasked with keeping tabs on Brian Laundrie prior to a massive manhunt was launched for the fugitive admitted to “human error” in the case.

Chief Todd Garrison of the North Port Police Department said officers made an error when they misidentified Laundrie’s mother for the wanted man outside the parents home on Sept. 15, New York Post reported.

“As a leader, what do I do?” Garrison said at a recent forum. “No, people want open transparency and honesty from their law enforcement officials.”

“Yes, we made a mistake,” he added. “It was human error, but I still stand behind my team.”

However, the chief said on Friday the faux pas did not hamper the investigation since Laundrie had gone missing a day earlier and may have already been dead.

“Now we know that, by the time we became the lead agency, Brian had already left the house and presumably had already been deceased out in the Carlton Reserve.”

Gabby Petito, 22, had been on a cross-country trip with Laundrie. He returned to Florida without her. Petito’s mother reported the young woman missing to Suffolk County, New York on Sept. 11.

Petito’s body was eventually discovered at a Wyoming campground on Sept. 19. The medical examiner ruled her death a homicide by strangulation, Law Officer reported.

As the investigation was unfolding, Laundrie disappeared. Consequently, he became the subject of a weeks-long manhunt. His remains were were later located at the 25,000-acre Carlton Reserve on Oct. 21. The cause of death has yet to be determined.

At the time of his death, authorities had a federal arrest warrant charging Laundrie with using Petito’s stolen bank card after she disappeared. He was not charged in the woman’s death.

Sarasota County Sheriff Kurt Hoffman took part in the manhunt. He said Laundrie was likely dead by the time the mistaken identity was made.

Moreover, the sheriff defended the decision that proved correct by continuing to search Carlton for weeks despite Laundrie sightings being reported as far north as North Carolina, according to the Post.

“That guy went out there and by all accounts probably committed suicide and he was right out there where we thought he was,” Hoffman said. “There was four feet of water out there at the time.”