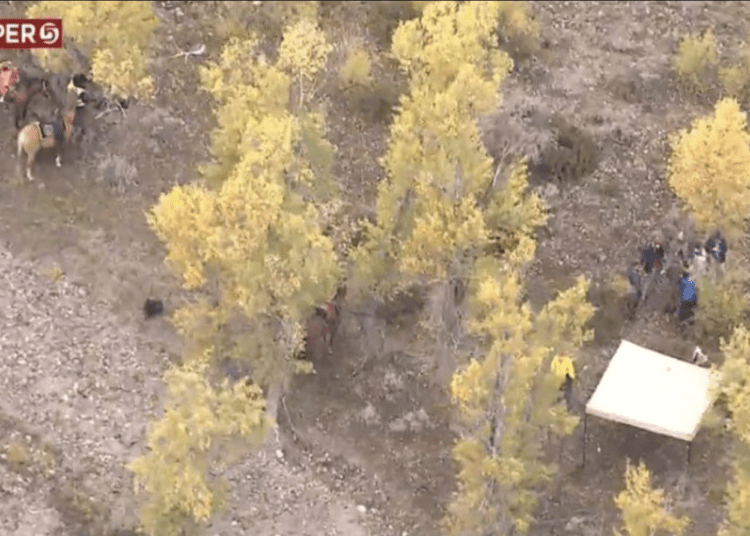 Authorities say the body found in Grand Teton National Park was likely that of Gabby Petito, saying the body matched the description of the missing woman.

Authorities said the investigation is still ongoing, noting that the body has yet to be 100% positively identified, FOX News reported.

“The cause of death has not been determined at this time,” he added.

FBI began press conference by extending condolences to Gabby Petito's parents: "Our thoughts and prayers are with them. We ask that you all respect the privacy as they mourn the loss of their daughter." https://t.co/Lps6sGmO1R

Steven Bertolino, the Laundrie family attorney, issued a statement Sunday after the FBI revealed that a body found in Wyoming was likely Gabby Petito.

“The news about Gabby Petito is heartbreaking.  The Laundrie family prays for Gabby and her family,” Bertolino said.

MOOSEY, Wyo. –- Authorities on Sunday discovered a body at the Bridger-Teton National Forest in Moosey, Wyoming, where a search for missing Gabby Petito, 22, was underway. Her disappearance has captivated the nation over the past week, particularly since her boyfriend, Brian Laundrie, 23, has refused to cooperate with investigators.

The FBI and other local law enforcement officers began the search in the national forest Saturday. Petito visited the area on Aug 27. Teton County coroner Brent Blue confirmed to Fox News that authorities found a body.

Local news helicopters are broadcasting images of a white canopy established in a remote area. It is surrounded by investigators as well as search teams on horseback.

Body found in Teton Park #GabbyPetito police will not confirm it’s gabby yet but she’s the only missing person in the area of search. pic.twitter.com/HIM8wDOHy9

According to Fox, a deputy coroner arrived in the area of the national forest around 2 p.m. Moreover, K9 search teams departed a short time later.

Police were letting vehicles out of the dispersed camping area but turned away new arrivals at the entrance on Spread Creek Rd.

Petito and Laundrie, were traveling from New York to Oregon in a white 2012 Ford Transit van, which was seen near Spread Creek in late August.

Petito’s mother reported her missing Sept. 11, about 10 days after Laundrie returned home without her, and weeks after the mother last spoke with her daughter on FaceTime.