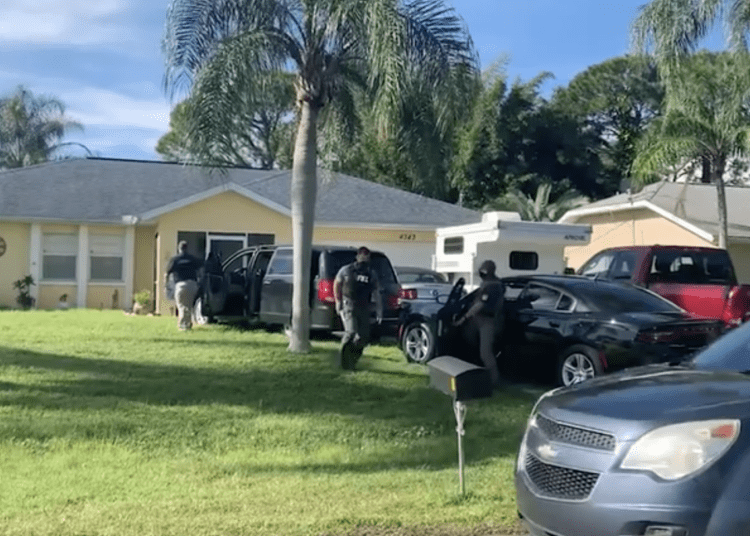 NORTH PORT, Fla. — After a body believed to be Gabby Petito was discovered Sunday in the Grand Teton National Park in Wyoming, FBI agents descended on Brian Laundrie’s home in Florida on Monday, declaring it a “crime scene” and escorting his parents from the property.

“Get behind the tape. This is now an active crime scene,” an agent instructed the media viewing the activity outside.

Laundrie’s parents, Christopher and Roberta, were seen leaving the home as they got into a black van on the premises, where they were joined by one of the many agents at the scene.

“The FBI is executing a court-authorized search warrant today at the Laundrie residence in North Port, FL relevant to the Gabrielle ‘Gabby’ Petito investigation,” the agency’s office in Tampa said.

“No further details can be provided since this is an active and ongoing investigation.”

Laundrie, 23, had been a focal point of the investigation since Petito, 22, was reported missing.

Authorities have said her cause of death has yet to be determined and an autopsy is planned for Tuesday.