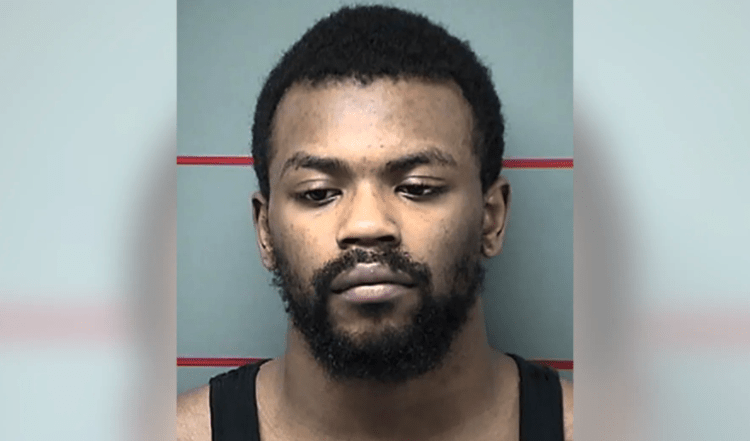 LOUISVILLE, Ky. – An attempted murder suspect who is accused of targeting a Louisville mayoral candidate, and was the beneficiary of BLM posting $100,000 bail on his behalf, is back in custody on Thursday after the feds arrested him.

Quintez Brown, 22, was not only charged with attempted murder, but four counts of wanton endangerment after he entered the campaign headquarters of mayoral candidate Craig Greenberg in Louisville on Valentine’s Day and opened fire in an attempt on the candidate’s life, Law Officer reported at the time.

Greenberg’s sweater was grazed by a bullet, but otherwise no one was injured.

Responding officers evacuated Greenberg and his staff from the building and arrested Brown a short time later.

About 10 minutes after the shooting, officers found a man matching the suspect’s description less than a half-mile from the campaign headquarters.

The man — identified as Brown — possessed a drawstring bag with a handgun, gun case, and additional magazines. He was also carrying a 9mm magazine in his pants pocket that contained ammunition, according to police.

Following the arrest, the Courier Journal disclosed that Brown is a former intern and editorial columnist for their news organization.

Despite the violent nature of the crime, BLM Louisville doled out $100,000 to cover his bail, Law Officer reported.

Hence, two days after the shooting, Brown was released with an ankle monitor.

Earlier this month, a Jefferson County grand jury indicted Brown on attempted murder and four counts of wanton endangerment charges since several of Greenberg’s staffers were nearby at the time of the shooting.

Brown’s lawyer, Rob Eggert, disclosed Thursday that the activist was re-arrested. He was taken into custody Wednesday by federal agents in connection to a sealed arrest warrant, Fox News reported.

Consequently, Brown was booked at the Grayson County Detention Center as a federal prisoner, according to the booking log.

Although it’s unclear what the new federal charges might be, the Louisville Courier Journal reported that a federal grand jury had been weighing possible charges of using force to interfere with a candidate campaigning for elected office, as well as possible hate crimes, according to Fox.

Brown has advocated for socialism in past writings. He also appeared in a 2018 TV segment with MSNBC host Joy Reid covering a Washington, D.C. protest for gun control.