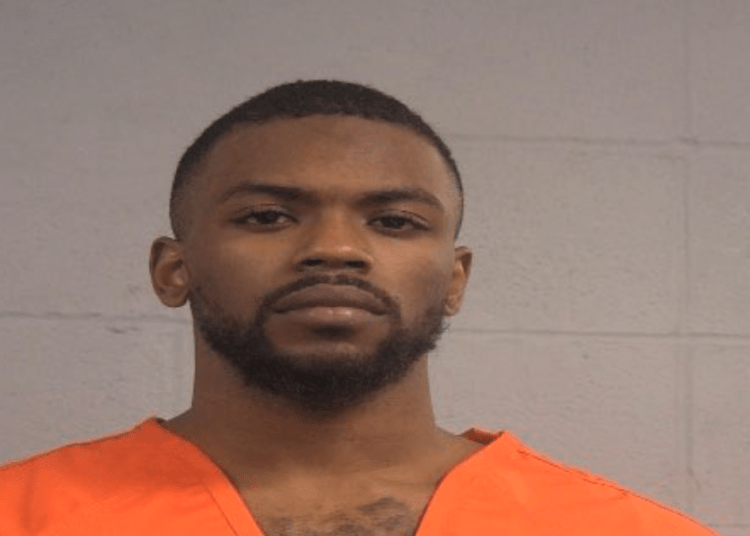 LOUISVILLE, Ky. – A former Black Lives Matter activist and one-time editorial columnist in Louisville has been charged with attempted murder after shooting at a mayoral candidate, the Washington Examiner reported.

Quintez Brown, 21, was not only charged with attempted murder, but four counts of wanton endangerment on Tuesday, according to the Louisville Metro Police Department.

The charges were filed after Democratic candidate Craig Greenberg was grazed by gunfire Monday morning in his campaign office in Butchertown, LMPD  spokeswoman Elizabeth Ruoff said.

The Courier Journal also disclosed that Brown is a former intern and editorial columnist for their news organization.

According to the new outlet, Brown had been a student at the University of Louisville. While attending college, he was also an opinion editor for the Cardinal, the student newspaper. Furthermore, he was involved in the racial justice protests of 2020.

A police report says a man later identified as Brown entered the building and opened fire on Greenberg with a handgun, before fleeing the scene, the Courier Journal reported.

Although the mayoral candidate was uninjured, Chief Erika Shields said one of the rounds struck his clothing.

Responding officers evacuated Greenberg and his staff from the building and eventually arrested the suspect believed to be responsible for the shooting, she said.

About 10 minutes after the shooting, officers found a man matching the suspect’s description less than a half-mile from the campaign headquarters.

The man — identified as Brown — possessed a drawstring bag with a handgun, handgun case and additional magazines. He was also carrying a 9mm magazine in his pants pocket that contained ammunition, according to the police.

“The gunman stood in the doorway as he fired the shots, and one of my teammates was standing to the side of the door and was able to get the door slammed, and then he and other teammates that were closer to the door just threw tables and desks to barricade us in,” Greenberg said at a Monday press conference. “I’m very fortunate to have a great team of brave people who responded in that way. We are all very blessed. … It all happened so quick, but it’s a very surreal experience.”

Brown announced in December that he would run for Metro Council in District 5.

“Frederick Douglass said that the youth should fight to be leaders today, because the men who run this country are sick.” – Kwame Ture pic.twitter.com/tUCjXXG2hS

In his Twitter profile, he said: “We have one scientific and correct solution, Pan-Africanism: the total liberation and unification of Africa under scientific socialism.”

In a separate Jan. 10 post, Brown wrote what he called a “Revolutionary Love Letter” saying, “I am writing this to remind you how great you are. During our short stay on this glorious planet we all have been collectively dehumanized and reduced to political talking points — Black, white, liberal, conservative, Christian, criminal, boss, worker, activist, etc.

“We have been educated to use our minds narrowly and forced to identify ourselves with roles that trap us in a collective perpetual state of anxiety,” he said.  “We have forgotten how harmonious this thing called life is and have fallen victim to a vicious circle of pain and suffering. Many of our friends are suffering from a deep feeling of alienation.”

Brown was well known in Louisville due to his regular columns in the Courier-Journal on matters of race, the Washington Examiner reported.

Brown also made news when he suddenly went missing in June 2021, only to reappear in New York City. He was an active member of Black Lives Matter, often speaking out against police actions in the shooting of Breonna Taylor in 2020.