Appeasement plays out while the city gets destroyed 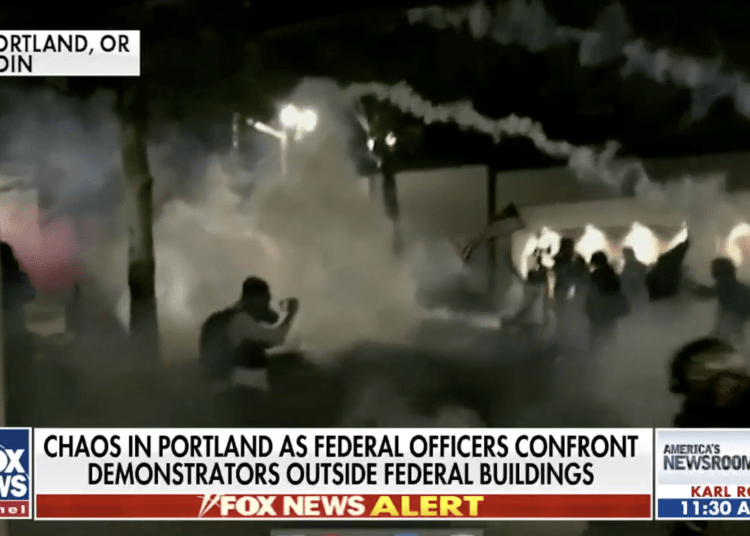 PORTLAND, Ore. — Portland’s City Council passed new policies on Wednesday that will immediately ban all police bureau members from working with federal law enforcement and prevents them from intentionally arresting or using force on journalists and legal observers.

Commissioner Chloe Eudaly drafted the resolutions that both passed unanimously on Wednesday. The ban on law enforcement cooperation comes from the city council’s belief that “current federal operations in Portland as an unprecedented and unconstitutional abuse of power by the federal government,” reported The Oregonian.

The second resolution condemns and prevents police in Portland from arresting or using physical force against journalists and legal observers unless they have reasonable suspicion the person has committed a crime. It follows a judge’s ruling last week that credentialed journalists and legal observers were exempt from arrest or threat by police in the city.

With all the violence occurring in the region, you’d think co-conspirator-anarchists were participants on the city council since the area is under attack from a domestic, organized enemy. Moreover, Acting Homeland Security Director Chad Wolf had to correct several inaccurate reports regarding their presence. The personnel protecting federal interests are federal law enforcement officers, not military troops as some have suggested.

Under the new policy, any member of the Portland Police Bureau who intentionally targets a member of the press during demonstrations in violation of the July 16 court injunction will be subject to discipline. It will remain in place for as long as the judge’s order stays in effect, Fox reported.

“Targeting the press and legal observers is not compatible with American democracy,” the resolution stated. “Portland supports democracy and opposes authoritarianism.”

Portland has experienced disorder for weeks, with violence swelling recently amid clashes between rioters and federal agents. The city currently faces numerous lawsuits over the actions of police during demonstrations, which included the use of tear gas and assaults on the press, according to The Oregonian.

Yet part of the unreported story is the number of lawsuits they are sure to face from business owners who’ve lost their livelihood due to inaction on the part of the city, something that has already occurred in Seattle.

Although Mayor Ted Wheeler, police officials, and other city leaders have criticized the actions of some “protesters” (rioters) who set fires, threw bottles at officers, and vandalized city property, they fail to assertively confront it.

As a result, it should make citizens wonder what interests are being served by their feckless leadership. Criticism does not replace action when there is a need to restore order.

Last month, Portland police Chief Chuck Lovell called the actions of rioters “not only reprehensible, but they’re evil,” when people were inside a police precinct as suspects blocked side doors by nailing wooden beams across them, and then pushed a fully engulfed dumpster fire along the west side of the building, Law Officer reported.

A month later, things have only gotten worse as the policy of appeasement plays out while the city gets destroyed.