RIOTERS: 'Protests are effective when they are expensive' 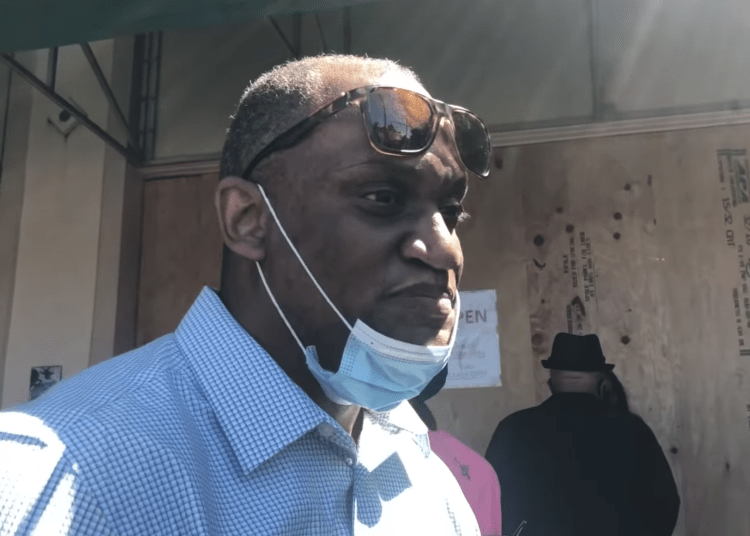 Multiple demonstrations took place in the city Friday, including an Abolish ICE protest at nearby Terry Schrunk Plaza, the news organization reported.

Earlier Friday, Portand’s police chief and local black leaders spoke out against violence and vandalism after the city’s North Precinct and nearby businesses were attacked the night before, OregonLive.com reported.

Chief Chuck Lovell called the actions “not only reprehensible, but they’re evil,” emphasizing that people were inside the precinct when vandals blocked side doors by nailing wooden beams across them, and then pushed a dumpster, from which flames were shooting out, along the west side of the building.

According to Lovell, some of the demoralizing graffiti on a building included, “Kill all cops … Cops need to die … All cops are bastards.”

Furthermore, the chief said, “It’s difficult to come in and feel like your whole life’s work, no one appreciates it.”

Other community leaders spoke out as well.

“You attacked our community,‘’ said Nike Greene, director of the city’s Office of Youth Violence Prevention. “We will never stand for that.‘’

Between Thursday night and early Friday, rioters had set fires near the precinct as well as to surrounding structures, KPTV reported.

Multiple businesses in the area were also vandalized and looted, the report said.

Photos posted by the station showed smashed windows, debris in the streets and graffiti spray-painted on buildings.

“Protests are effective when they are expensive,” one message read.

During engagement with protesters, PPB said “numerous officers sustained minor injuries” and one officer was taken to the hospital for a more serious injury. Police did not elaborate on that officer’s injury.

The injured officers are expected to fully recover, according to KPTV.

There have been ongoing protests for racial justice and police reform in Portland for four weeks following the custodial death of George Floyd on May 25 in Minneapolis.

Police said they made four arrests over the course of Thursday evening and early Friday morning, which included assaults or attempted assaults on officers. The following people were arrested:

In PPB’s news release on the activity with protesters, the bureau said “the dynamics of the demonstrators during this incident were more aggressive and violent than those seen in past weeks.”

Meanwhile in Seattle, a police precinct was attacked Friday night as violent clashes continued there and in Portland, Ore., more than a month after the death of George Floyd in Minneapolis, Law Officer reported.

Rioters were seen smashing a window at the entrance to the city’s West Precinct, prompting a group of officers in riot gear to respond in defense from the building and chase the crowd away, video posted on social media by local station KOMO-TV showed.

JUST IN: Tense moments outside Seattle PD’s West Precinct tonight, where mob of angry protesters broke one of the precinct's windows with a rock. Our cameras were rolling as several officers rushed out of the precinct as protesters converged on the entrance. No officers hurt. pic.twitter.com/GJxnmph3ZV

No officers were reported injured in the confrontation, according to KOMO.

Earlier Friday, Seattle Mayor Jenny Durkan met with some occupants of the city’s controversial “CHOP” occupied protest zone, after some tried to block the city’s effort to dismantle the zone earlier in the day. This comes five days after the mayor said the city would end the occupation.

Omari Salisbury, a local journalist who attended the meeting, told reporters afterward that Durkan had agreed to wait until Sunday morning to remove most of the CHOP barriers, The Associated Press reported.

The mayor initially supported the protest but began looking to shut it down after several shootings occurred in what protesters tried to establish as a “police-free” area. One shooting resulted in the death of a 19-year-old man and severe injuries to another.

Officers had to move as a tactical team trying to reach the homicide scene. Police bodycam footage showed officers arriving and moving through the zone with guns drawn as a group of angry protesters yelled profanities and approached the officers.