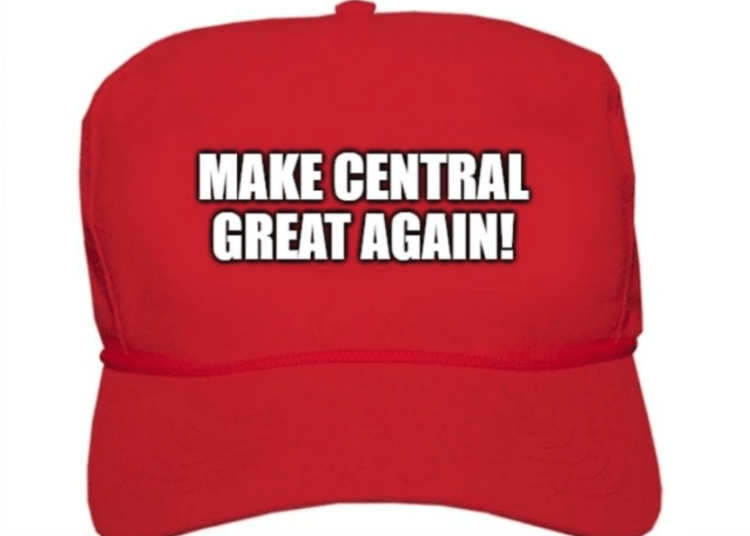 (Image via The Oregonian)

PORTLAND, Ore. – A sergeant at the Portland Police Bureau is in hot water after distributing a mass email to the city’s downtown Central Precinct saying, “Make Central Great Again.” The message came on a MAGA-styled red hat, according to reports.

The sergeant sent the email Wednesday seeking officers to sign up for an overtime shift. The communication quickly found its way to the chief’s office, The Oregonian reported.

The unnamed sergeant remains on duty while the investigation proceeds, Allen said, according to The Oregonian.

Lovell cited policy that city employees may not use city resources such as interoffice mail “in support or in opposition to a candidate, petition signature collection, or ballot measure.’’

The chief briefed Mayor Ted Wheeler about the investigation. In Portland, the mayor also serves as the city’s police commissioner.

The mayor’s office announced Wheeler’s intentions to make the email public “to be transparent.”

The idiom “making a mountain out of a molehill” seems applicable under the circumstances.

Wheeler “has concerns about the email but declined further comment Friday afternoon on the ongoing internal investigation,” The Oregonian reported.

“There is a balance between getting out in front of this and being transparent, describing that we have a thorough internal process while also protecting that process,” Lovell wrote, claiming concerns about compromising internal protocol.

However, it sounds like the chief and mayor have already reached a conclusion. The message offends their politics so the sergeant is going to get punished. Would anyone like to bet against it?