John Sullivan is the founder of Utah-based Insurgence USA 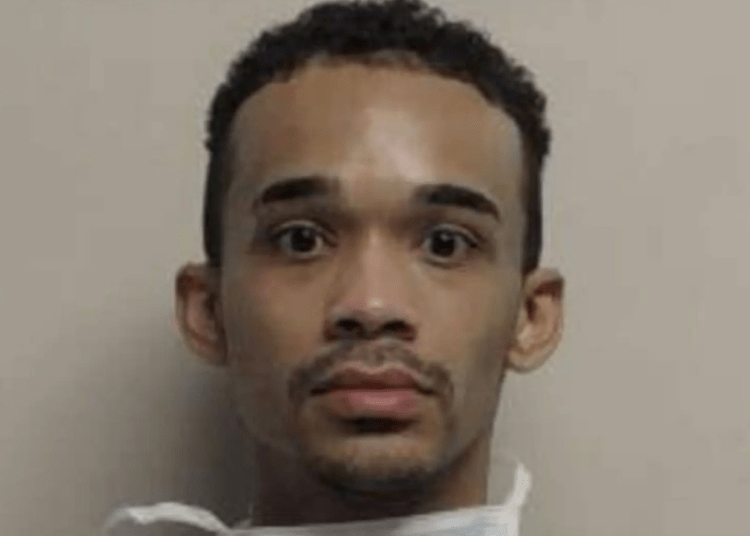 John Sullivan, the anti-Trump founder of Utah-based Insurgence USA, said he entered the Capitol Building Wednesday alongside a mob of pro-Trump protesters, but he said he was just there to "document." (Photo via Fox News)

A left-wing activist who told Fox News last week that he’d followed a pro-Trump mob into the Capitol in order to “document” the siege is now the subject of a criminal complaint in connection with his alleged participation, according to the Justice Department.

John Sullivan can allegedly be heard egging on protesters in video he provided to the FBI, according to a federal criminal complaint. He has also shared the video to his YouTube and Twitter accounts under the pseudonym Jayden X.

He was charged Thursday in federal court in Washington, D.C. after being arrested by the FBI. He remains in custody in Toeele County, in his home state of Utah, on a U.S. Marshals Service hold request.

Inside the building, he told rioters that “We gotta get this s— burned,” and “it’s our house m————,” according to an affidavit signed by FBI Special Agent Matthew Foulger.

Sullivan also allegedly told Foulger that he had been in the Capitol during the riot, entering through a broken window while wearing a ballistic vest.

As protesters climbed over a wall near the Capitol entrance, he allegedly exclaimed in the video, “You guys are f—— savage. Let’s go!”

“There are so many people,” Sullivan’s voice can be heard saying as the camera shows a large group of people making its way toward the building. “Let’s go. This s— is ours! F– yeah. I can’t believe this is reality.”

“We accomplished this s—,” he said at another point “We did this together. F— yeah! We are all a part of this history.”

In an interview with Rolling Stone published Wednesday, Sullivan said he was putting on an act to build rapport with the protesters.

“I had to relate to these people, and build trust in the short amount of time I had there to get where I need to go,” he told the magazine. “To the front of the crowd to see the dynamic between the police and the protesters, because nobody wants to see the backs of people’s heads from a far-off distance.”

WASHINGTON — An anti-Trump activist who once said he wanted to “rip” the president out of office entered the Capitol Building Wednesday alongside a mob of pro-Trump protesters, but he said he was just there to “document” it.

“There’s this narrative going around right now that Antifa was the people there causing the riots, causing the tension, they were the only people breaking into the Capitol, and I wanted to be able to tell a part of history and show that that was anything but the case,” John Sullivan, the founder of Utah-based Insurgence USA, told Fox News Thursday.

Insurgence USA describes itself as “the revolution.” It began protesting “racial injustice in policing” last year following the custodial death of George Floyd in Minneapolis.

Sullivan told Fox he didn’t notice other left-wing activists inside the building. But he added that he couldn’t know for sure without speaking to everyone individually.

“As far as being able to understand who is in the crowd, based on being around protests a lot … I didn’t see any people who were originally at BLM protests,” he said.

Sullivan says he was standing near Air Force veteran Ashli Babbitt when she was shot and killed in the Capitol, and video appears to show him on the scene.

Sullivan was detained by Washington police for about an hour and a half Thursday night, a day after he talked to local and national media about what he witnessed Wednesday.

He was handcuffed the entire time, and said police questioned him about being inside the Capitol and witnessing the shooting death of Babbitt. He was not arrested, Deseret News reported.

Sullivan said he also intended to “support the Black community” with his attendance, but also feels it’s “important to understand” those who were protesting in support of President Donald Trump. He said he was on the “front lines” of the protest as it turned from a peaceful march into a violent storming of the Capitol.

In August 2020 remarks to a small crowd at a Washington, D.C., intersection, Sullivan pointed to the nearby White House and unleashed a torrent of violent rhetoric. “We … about to burn this s— down,” he said. “We gotta … rip Trump right out of that office right there,” he continued, adding, “We ain’t about … waiting until the next election.” He then led the crowd in a chant of, “It’s time for revolution.”

Video of his remarks, which include graphic language, can be found here.

“It’s just recording, solely, and not being active in it,” he claimed, although he reportedly was arrested in connection with protests back in Utah over the summer and admitted climbing into the Capitol through a window.

His Insurgence USA group’s website advertised an event called “Kick These Fascists out of DC” on Wednesday around the same time as a pro-Trump rally near the National Mall, Fox reported.

After the Trump rally, a mob of demonstrators breached the Capitol, ransacked congressional offices, and stormed the Senate floor, prompting a chorus of condemnations from members of both major parties. The breach interrupted a joint session of congress aimed at validating Joe Biden as president-elect. Congress reconvened later in the evening and finished the process.

Sullivan tweeted several videos taken inside the Capitol Wednesday. One contained an up-close view of the fatal shooting of Babbitt, an Air Force veteran, at a barricaded Capitol doorway. Police later said she’d been shot by an officer.

The acting U.S. attorney for the District of Columbia, Michael Sherwin, announced a slew of charges in connection with the chaos Thursday, including for weapons possession, assault, and theft, and said more would come.

Sullivan’s Utah arrest was in connection with a protest where a different protester allegedly shot a passing motorist during a confrontation, according to the Deseret News.