'Because I know what it's like to lose someone special' 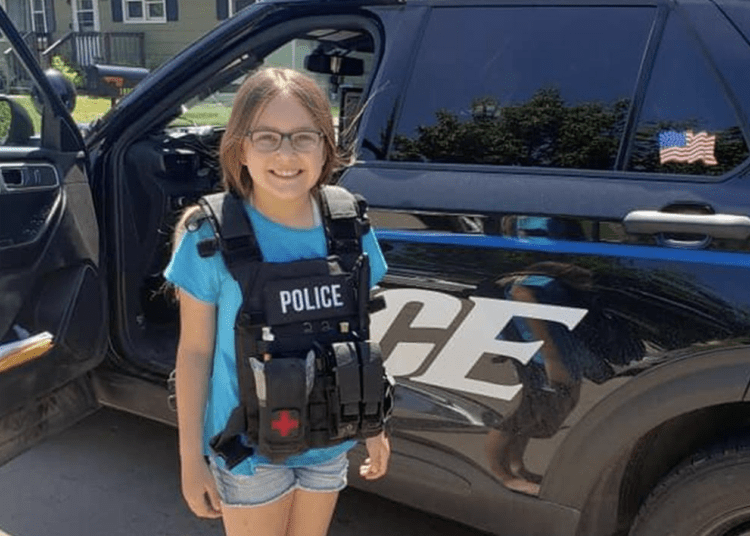 GRAND FORKS, N.D. — With lemonade and snacks in hand, a Grand Forks 10-year-old girl raised nearly $11,000 for the city’s police department this weekend.

Lexus Olson had started the summer wanting to do lemonade stands to raise money for causes and also put money aside for a trampoline.

But when she and her family learned about the death of Grand Forks Officer Cody Holte who was killed in the line of duty on May 27, her plans changed, her mom, Tonya, said in a Facebook post.

Instead, she wanted to raise money to buy the Grand Forks Police Department dinner.

Her reasons are very sweet.

“Because I know what it feels like to lose someone special,” Tonya Olson wrote in the Facebook post, sharing her daughter’s words. “I lost my dad and uncle, so I want to do something for them.”

So, Friday she put together a lemonade stand with other treats. It was a major success, Grand Forks Herald reported.

Between the sale of lemonade and donations from local businesses, she raised $10,925.

“I can’t thank everyone enough for their love and support,” Tonya Olson said. “I am so proud to live where we live right now.”

This has been just one show of support for the police department and Holte in the wake of the officer’s death.

Hundreds of law enforcement officers, military members, family, friends and community members gathered last week at a memorial service to remember Holte, who was also a first lieutenant in the North Dakota National Guard. He is survived by his wife of four years, Amanda; his 10-month-old son; his parents; his sister and twin brother, who is an officer in Fargo; and a large extended family.

“We were overwhelmed with calls of support and offers for assistance from across the region immediately,” Grand Forks Police Lt. Derik Zimmel told the Herald last week. “The area law enforcement and military communities, as they always do, came to the aid of another without hesitation, and whatever needed to be done, someone was willing to do it. So I don’t think we’ll ever be able to express our appreciation enough.”

This is a refreshing story since so many people as well as corporations—Fuji Bikes, Legos, and Peloton, just to name a few—have distanced themselves from law enforcement due to the George Floyd protests.

A GoFundMe account has also been set up for Holte’s family. As of Sunday morning, it has raised more than $99,000.

Law Officer is the only major law enforcement publication and website owned and operated by law enforcement. This unique facet makes Law Officer much more than just a publishing company but is a true advocate for the profession.
Share and speak up for justice, law & order...
Tags: fundraiserGrand Forks Police DepartmentLexus OlsonTonya Olson

National Trainer Wes Doss Is Critical and Needs Your Help