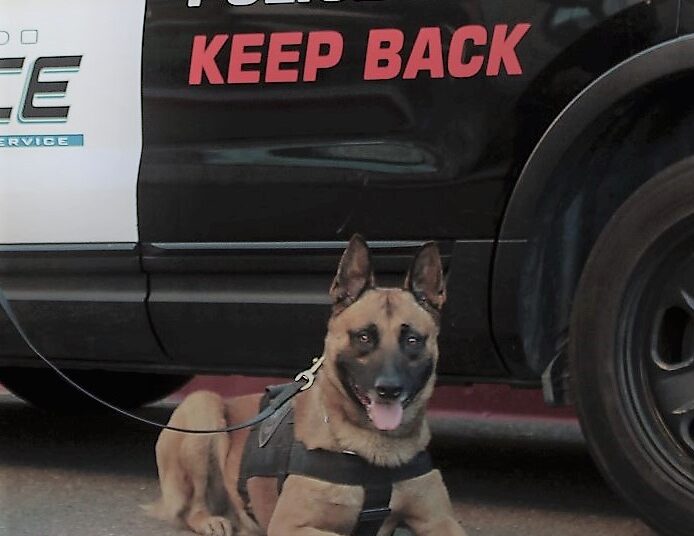 ESCONDIDO, California  — An Escondido police dog that was stabbed more than two dozen times after biting a fleeing suspect on the leg is slowly recovering from his injuries — but police officials are unclear whether he’ll ever be able to work again according to San Diego Tribune.

Aros, a 7 1/2-year-old Belgian Malinois, underwent treatment for his injuries and is recovering at his handler’s home after the attack in early December. 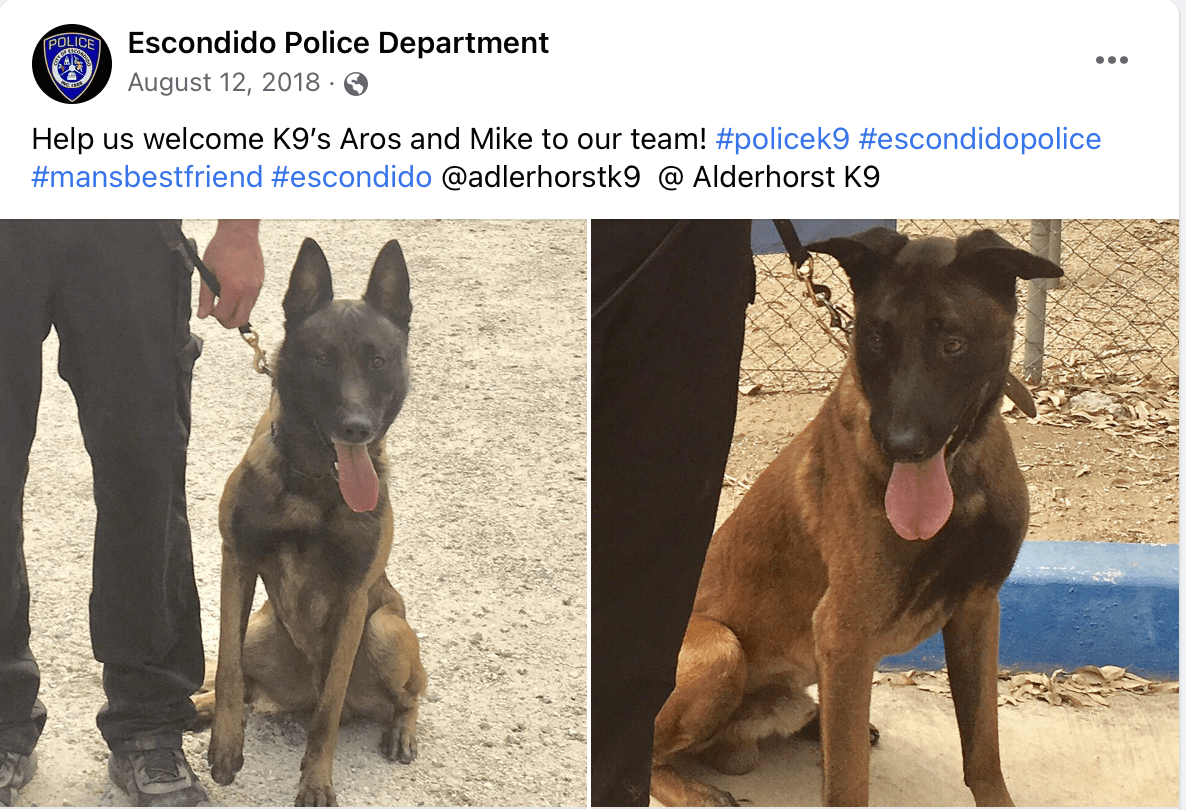 The suspect was spotted inside a two-car garage. He closed the garage door and refused to come out.

As the suspect began retreating into the rafters of the garage, police sent Aros after him.

The dog jumped up and latched onto the man’s leg — and that’s when he pulled out a knife and began to “hack away” at Aros’ snout, authorities said.

Aros never retreated and held on to the suspect despite being stabbed 27 times by the suspect.

The attack ended when officers shot the suspect with a Taser and he fell from. the rafters.

According to his veterinarian, Aros seems to be healing well and is expected to make a full recovery. But his future police career remains in question.

A retired Escondido police officer has launched a GoFundMe campaign called “Help Aros Heal” to raise money to support the Escondido Police Department’s canine program. Damian Torres said donations would assist the department if it needs to replace Aros. The campaign had raised more than $9,000.