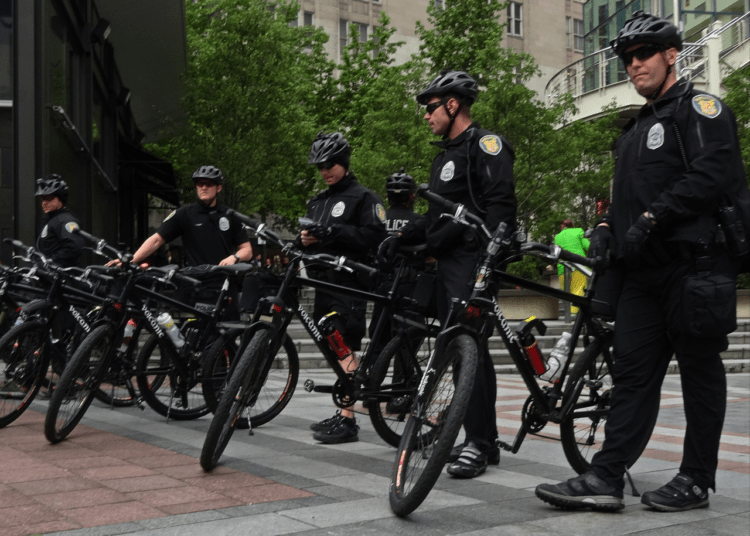 Fuji Bikes, founded in 1899, has suspended all sales to police departments.

Travis Yates, Author of “The Courageous Police Leader: A Survival Guide To Combating Cowards, Chaos & Lies” wonders why the popular bike company isn’t concerned about the bikes being used as a weapon against law enforcement.

“First, the idea that law enforcement is willfully taking a bicycle to attack people is well past crazy but what about the thousands of police officers that have been assaulted and injured in the past week? It is telling that this company, that law enforcement agencies have given them hundreds of thousands of dollars over the last decade, has nothing to say about the rioters and looters that are on bicycles using those to commit violent crimes against the citizenry and those that serve and protect,” Yates said. 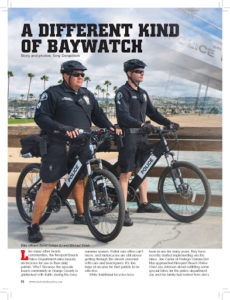 In a statement, Fuji said that their “core values have always been rooted in supporting communities and organizations that are making real change at home and abroad. To hear that there are instances where bicycles have been used as a weapon against those who are vulnerable, those speaking out against the unjust treatment of people of color, and those standing alongside them advocating change, has deeply upset our community, our company and the heart of the Fuji brand.”

Not citing any specific examples, Fuji said that “we have seen instances in the last week where police have used bicycles in violent tactics, which we did not intend or design our bicycles for.”

Saying that “community police on bikes can better connect with and understand the neighborhood, facilitating positive relationships between law enforcement and the citizens they are sworn to serve and protect.” 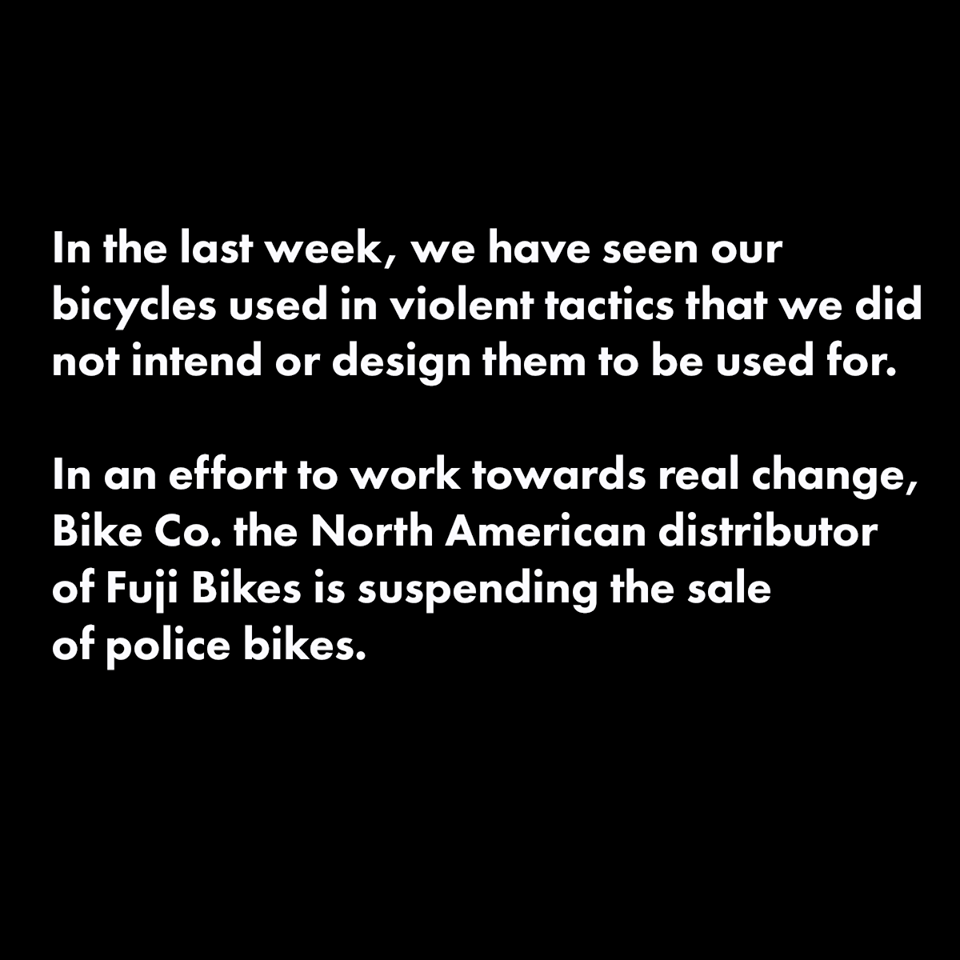 Yates explains that it is unfortunate they did not emphasize to the criminals that their bikes were never intended to be used to commit crimes and violence against others.”

Of course, Yates is assuming that the criminals actually purchased the bikes rather than steal them.

Fuji continued, “at this time, we are suspending the sale of Fuji police bikes until a conversation with these departments has occurred and we are confident that real change is being made.” 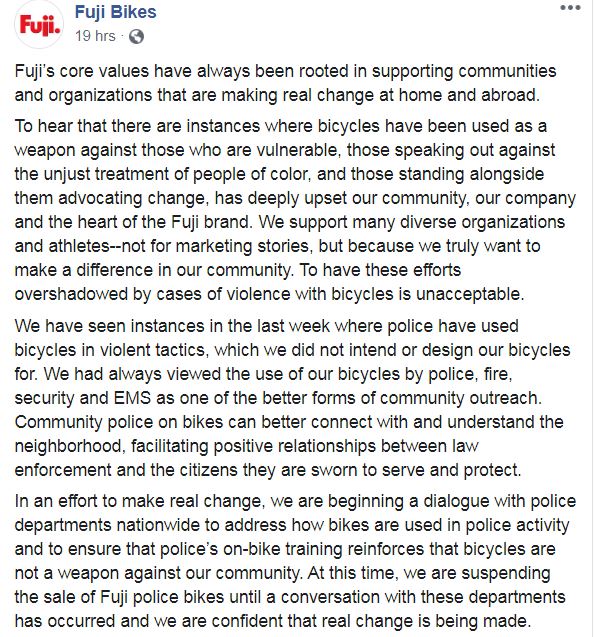 Well, two can play this silly games. Law enforcement certainly has the right to “suspend” all purchases of Fuji Bikes forever.