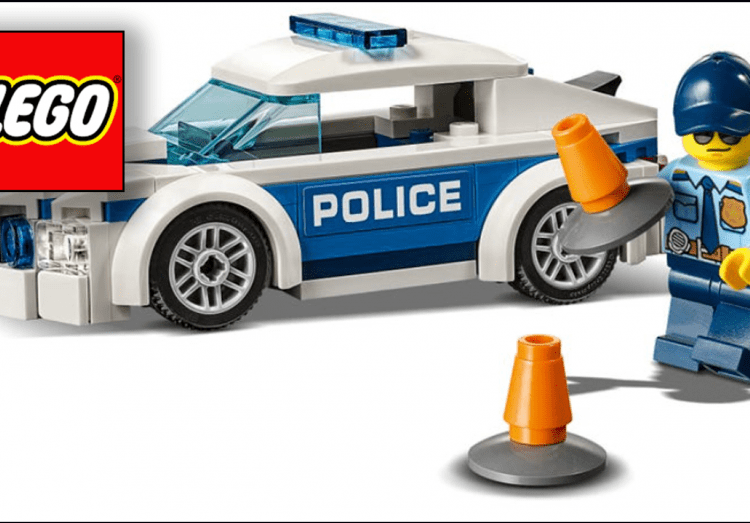 Lego has shut down promotional campaigns and marketing for its toy sets that include police officers, firefighters and even the White House as riots have broken out in 75 cities across America.

According to the New York Post, the Danish toy brick maker instructed Rakuten Linkshare, which handles its marketing, to remove the product listings “ASAP” in “light of recent events,” according to a company email.

Travis Yates, Author of “The Courageous Police Leader: A Survival Guide To Combating Cowards, Chaos & Lies” calls the decision both weak and tragic.

“Lego wants to be part of the solution for communities so they remove an aspect of children experiencing the law enforcement profession in a positive way. It’s a disgusting way of virtue signalling that will provide yet another way to divide police and community relations,” Yates said.

“It’s personal to me,” Yates opined.

“My kids love legos, and each time I was promoted, they made me a set and they are in my office today. It is repulsive to think that their answer is to provide children of all races, less interactions that are positive and fun for them.” 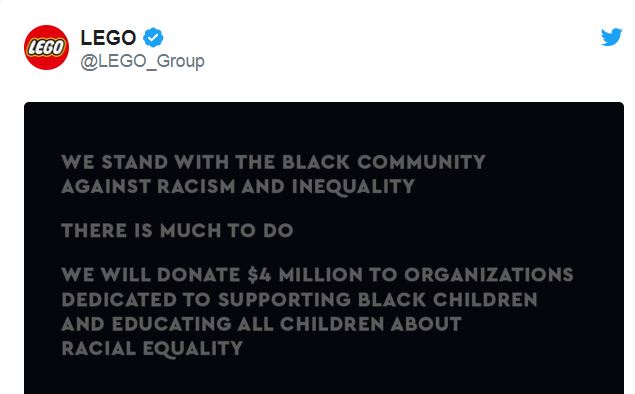 In an email to The Toy Book, which first reported on the company’s plan, Lego said its request was part of its “decision to respect #BlackOutTuesday and pause posting content on our social media channels in response to the tragic events in the US.” 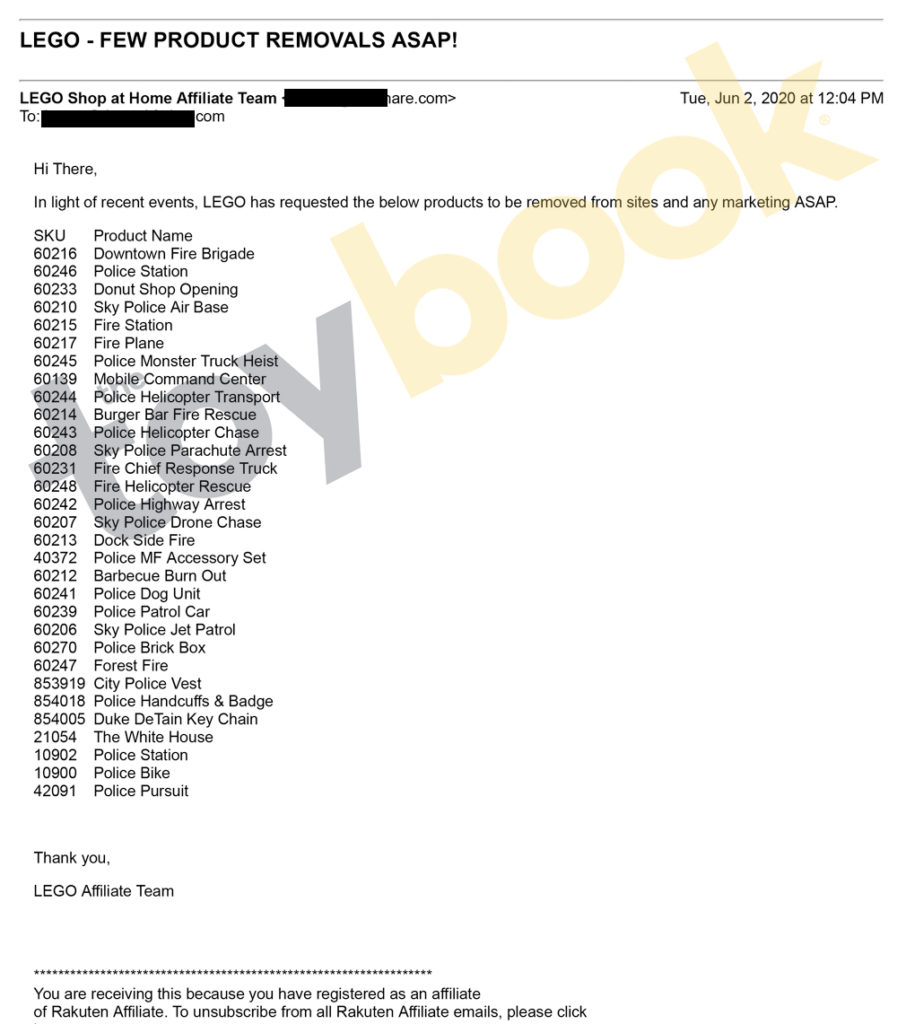 The move preceded a Wednesday tweet where the company pledged to donate $4 million to “organizations dedicated to supporting black children and educating all children about racial equality.”

“We stand with the black community against racism and inequality,” the tweet read. “There is much to do.”

Interestingly, Lego includes criminals in their police sets……they are all white, and there has never been a complaint about that nor should there be.

Unless you are a crazy person, you wouldn’t care.

Maybe Lego should go all in and sell sets of rioters and burning buildings.