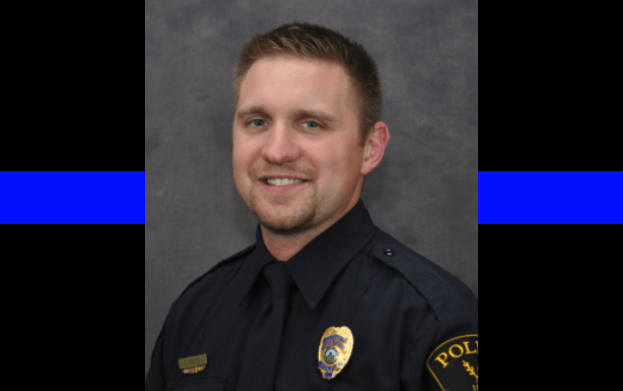 GRAND FORKS, N.D. – A Grand Forks police officer was killed during a shootout at an apartment building Wed. afternoon.

The murdered officer was identified at Cody Holte, 29.

Holte was one of the officers who answered an assistance call from two Grand Forks County deputies who were met with gunfire while serving an eviction notice, KFGO reported.

The suspect, Salamah Pendleton, 41, was shot in the exchange of gunfire as was a deputy who suffered wounds to his abdomen and leg.

According to KFBO, the deputy is expected to recover. The extent of Pendleton’s injuries were not reported. Furthermore, a woman in the apartment, Lola Moore, 61, of Grand Forks, also died of gunshot wounds.

Officer Holte was married with an infant son. The State Bureau of Criminal Investigation is leading the investigation.