Will Smith smacks Chris Rock on stage during Academy Awards 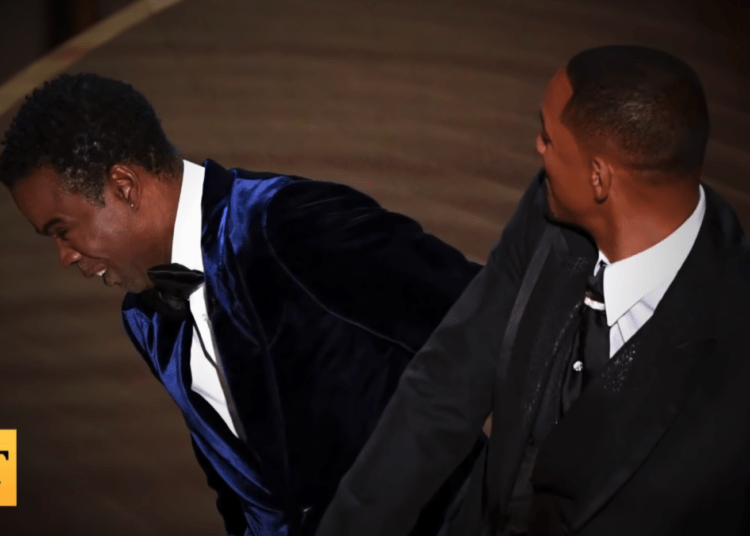 LOS ANGELES – The narcissism in Hollywood is always on full display during the Oscars. Most cops would rather mow their lawn or shovel snow than take in the self-obsessed glamour show. But the 94th Annual Academy Awards took a wild turn on Sunday night when Will Smith walked on stage and smacked Chris Rock following a joke about Smith’s wife, Jada Pinkett Smith.

The joke was reportedly made about a sequel to “G.I Jane” and Pinkett Smith’s bald head. Smith was very upset and strutted with anger in his gait toward Rock, slapping him in the face before returning to his seat. The open hand assault and battery reverberated through Rock’s microphone.

Although the livestream sound was immediately muted, Smith began yelling at Rock, reportedly saying, “Take my wife’s name out of your (expletive) mouth.”

The Dolby Theatre in Hollywood was stunned and so was Rock, who appeared to struggle with his focus after the embarrassing encounter, according to Fox.

“Everyone in the mezzanine was standing up to see what was going on — everyone shocked.” You could hear a pin drop. Everyone was looking at each other like, ‘Is this really happening?'” said one onlooker who was in attendance, People magazine reported.

Denzel Washington and Tyler Perry took Smith aside for a private chat during a commercial break to help calm him down, according to Entertainment Tonight.

Later in the awards show, Smith won an Oscar for best actor for his performance in “King Richard,” a role he played about Richard Dove Williams Jr., a tennis coach and the father of Venus and Serena Williams.

During his acceptance speech, Smith was in tears, yet it was not about winning the award. He apologized to the academy and his fellow nominees for his actions, but not to Rock.

“Love will make you do crazy things,” he added.

“LAPD investigative entities are aware of an incident between two individuals during the Academy Awards program. The incident involved one individual slapping another,” a statement obtained early Monday by ITK said following the awards show.

“The individual involved has declined to file a police report,” LAPD said in a statement, which appeared to refer to the confrontation between Smith and Rock.

Watch: Actor Denzel Washington says he doesn’t like those that put police down