'Never take your gift for granted, it can be taken from you in a second…' 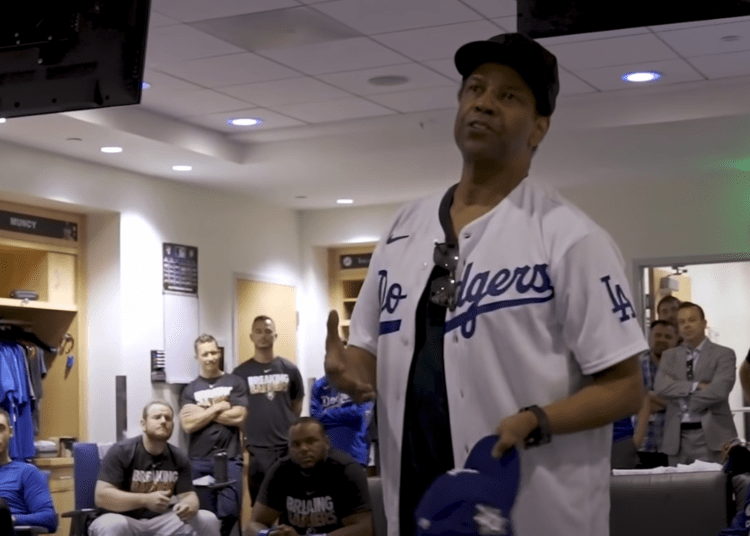 Denzel Washington — a lifelong fan of the New York Yankees — had a message on leadership that he shared in the Los Angeles Dodgers clubhouse on Jackie Robinson Day last week. The uplifting exhortation occurred as MLB celebrated the 75th anniversary of the baseball legend breaking the color barrier.

Although Washington was communicating with baseball players, the substance of his message is transferable to all leaders, especially those in law enforcement since he was discussing core principles.

A few excerpts from his speech that are relevant to police officers (even though he was talking to baseball players) include the following:

“Those kids watch every move you make…”

“It didn’t matter what color you were…”

“I just pray that you understand the power and authority that you all have, the influence that you have…”

“Never take your gift for granted, it can be taken from you in a second…”

“Use your gift for goodness sake, for God’s sake…”

Following his speech, Washington took time to pose for pictures with the players as well participating in ongoing conversations. During this time, Dodger third baseman Justin Turner was identified as one of the team leaders.

Washington approached Turner and had a personal conversation about leadership.

“A leader, like a shepherd, sends the fast nimble sheep out in front, so that the rest will follow,” Washington told Turner. “Now I realize they’re all being led from behind. But sometimes you gotta be out front, and sometimes you gotta make sure (speaking as he’s back up), as you probably already do, that everybody gets home.”