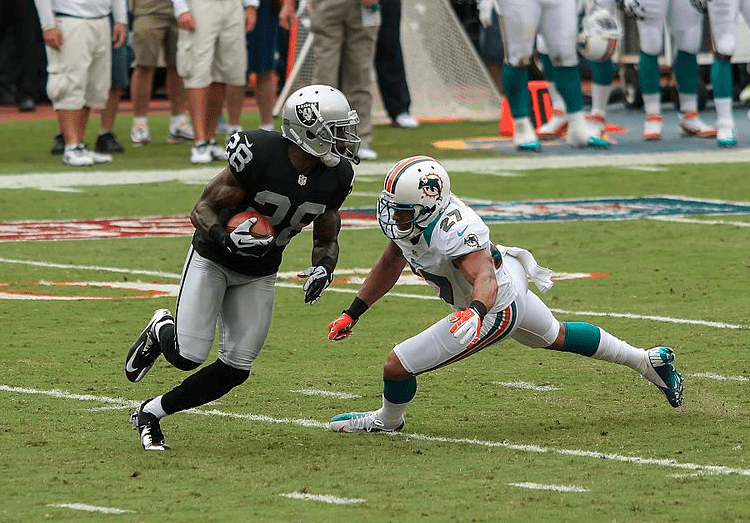 ROCK HILL, S.C. — Former NFL cornerback Phillip Adams is accused of fatally shooting six people in Rock Hill, South Carolina before killing himself in April. Now the coroner who conducted the autopsy says he had severe brain disease in the frontal loab.

Once the homicides were discovered by police, they later located Adams in a home near the bloody crime scene. Law enforcement authorities surrounded the residence and Adams died by a self-inflicted gunshot wound to the head, Law Officer reported.

The degenerative disease known as CTE is linked to head trauma and concussions and has been shown to cause a range of symptoms, including violent mood swings and memory loss.

Actor Will Smith starred in the 2015 movie, Concussion, which pulled the curtain back on the brain trauma that has inflicted NFL players.

While conducting an autopsy on former NFL football player Mike Webster in 2002, forensic pathologist Dr. Bennet Omalu, who was played by Smith in the movie, discovers neurological deterioration that is similar to Alzheimer’s disease.

The NFL, among other sports, has since adopted concussion protocols due to CTE.

The disease has four stages, with stage 4 being the most severe and usually associated with dementia.

McKee directs the CTE Center at Boston University. She said of 24 NFL players diagnosed with the disease after dying in their 20s and 30s, most had stage 2, like Adams, Fox reported.

But Adams’ CTE diagnosis was different from the other young players because it was “unusually severe” in both of his frontal lobes, she declared.

The Adams family said they are not surprised by the autopsy results, but are saddened to learn how severe his condition was.

“After going through medical records from his football career, we do know that he was desperately seeking help from the NFL but was denied all claims due to his inability to remember things and to handle seemingly simple tasks, such as traveling hours away to see doctors and going through extensive evaluations,” their statement said.

Sadly, CTE can only be diagnosed through an autopsy. It has also been discovered in many people besides football players whose careers have subjected them to severe head trauma, such as boxers and military personnel.

During his six year NFL career, Adams, 32, played for six teams, including the 49ers, Patriots, Seahawks, Raiders, Jets, before finishing with the Falcons in 2015.

Adams suffered at least two known concussions during the 2012 season with the Raiders. Since he didn’t retire by 2014, he was reportedly ineligible for testing as part of a broad settlement between the NFL and former players over long-lasting concussion-related injuries.

Adams’ sister told USA Today after the mass murders that her brother’s “mental health degraded fast and terribly bad” in recent years and that the family noticed “extremely concerning” signs of mental illness, including an escalating temper and personal hygiene neglect, according to Fox.

Hall of Fame linebacker Junior Seau died by suicide in 2012 at the age of 43. He played in the NFL from 1990 to 2009. His family settled a wrongful death lawsuit against the league after it was learned that he suffered from CTE, according to NPR.

Although Seau did not leave a suicide note, he left a piece of paper in the kitchen of his home with lyrics he scribbled from his favorite country song, “Who I Ain’t.”  The song, co-written by his friend Jamie Paulin, describes a man who regrets the person he has become.

In the hours before his death, Seau sent text messages to his ex-wife and their three children, CNN reported.

The messages simply said, “I love you.” His children responded, “Love you too, Dad.”