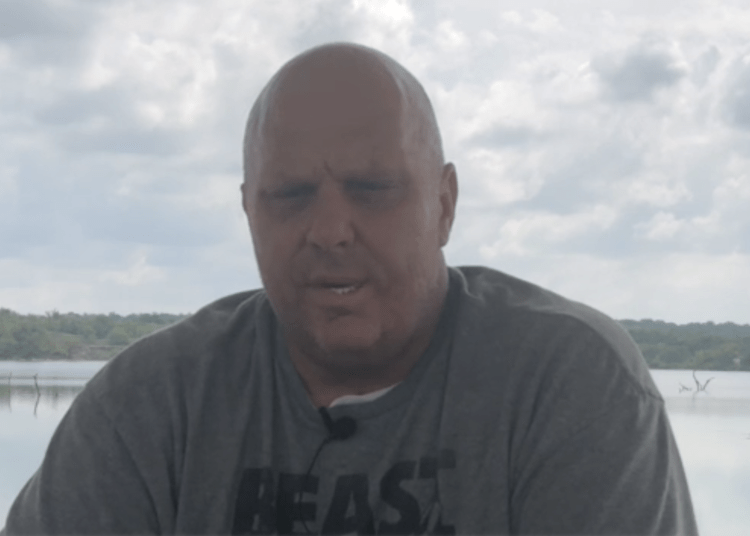 You’re a sheepdog at heart. You live to protect others. There is nothing more compelling than serving humanity in this way.

You’re in control. In your mind, you are doing the Lord’s work. Then suddenly, BOOM! The lights are out, control is lost, and a bad guy that intended death for you has stolen the work you cherished for 17 years.

In a nutshell, that is the story of former Pampa, Texas Police Sergeant Houston Gass. What a name for a Texan! I met him a few years ago and discovered he has quite a tale to share.

On January 6, 2015, Houston responded to a domestic disturbance in Pampa. After ensuring the safety of the victim, he entered the home with other officers to find the suspect. Waiting for them was 30-year-old Ryan John Kelley, who shot through a door and struck Houston in the face with a shotgun blast. “Thankfully, I never saw it coming,” he said.

Houston explained the “sixth sense” we have as cops. He believed something horrible was about to happen. “When I went into this house (to arrest an armed suspect), I was ready to kill this guy. I wasn’t ready for him to necessarily, almost kill me.”

He told more of his story to a crowd of 450 cops as I listened on:

I can remember the first thing that went on me was my eyesight. I couldn’t see anything, and I was scared to death that I was blind for the rest of my life. … My partners played a vital role in my life being saved. The way they drug me out, the way they laid down cover fire, and the way they heroically put themselves on the line for me. I’ll always have a great love for those men right there. … When the moment chooses you, how ready are you to die? … Spiritually, I know where I’m going. If I would have died that day, I was ready to go (if need be). … Yet I wasn’t ready to go (as he talked about steps to be taken regarding death.) … This has been a long journey for me. Thirteen surgeries (at the time, now 21), hundreds of pellets that have come out of my face. … I know one of my goals is to get back wearing that badge, and putting on the duty belt. … I want to be that guy that got knocked down, then gets back up and says, ‘What else you got?’ But I couldn’t do that unless I had the utmost faith in my Maker and Jesus Christ. Period!

Kelley was convicted in 2016 and received a 50-year prison sentence.

Houston chooses to be unusually thankful and will not let fear stand in his way of recovery. Throughout the process, Houston expressed heartfelt gratitude for his family. They were there to keep him going. Particularly his wife, Jessica. “She saw the ugliness and took care of my injuries when I couldn’t,” he said.

During his journey, he received the Star of Texas Award from Governor Greg Abbott. Although the ultimate reward for him was to return to duty, something he later accomplished.

A local reporter interviewed Houston in 2016. “We had to sit there and listen to families receive that reward for their loved ones posthumous(ly), and that’s a hard thing to think about,” he said. “You know, whenever you consider that you could actually die doing what you do for a living.”

Houston symbolized life to getting bucked off a horse. “My Dad taught me that if the horse bucks you off, you get back on that horse and you ride again.”

As you can tell by listening to Houston, he is a man of genuine faith—no platitudes, just an attitude of gratitude for God the Father.

When a person experiences a trial like this, their faith can get tangled in religiosity, or triumphant in terms that are nearly indescribable. Houston’s faith is the latter as he views the scars on his face as part of the healing process. “There have been a lot of doctor visits, but more importantly for me, there’s been a healing in my heart and psychologically and everything that’s allowed me to be able to keep going on a day-to-day basis, and keeps me wanting to go back for more,” he said.

“Life is honestly, in my opinion, about serving others; selflessly,” Houston once told me. “Being there for them however you can. And making sure they know the love of Christ is in you …”

Among his many medical procedures, he’s had several surgeries on his jaw that kept him in almost constant pain as he previously disclosed. “They had to go in and re-break my jaw,” Houston said. “It was horrible, it was absolutely horrible.”

Yet returning to work is something he accomplished.

Houston shares what he’s learned, and hopes to inspire others.

Houston is not only a man of courage, but a person of compassion. He has such a heart for helping others. That is why he made the video with The Cornelius Project. If you need someone to talk to, reach out to [email protected].