Hey America, this is why I became a cop

I just thought you should know 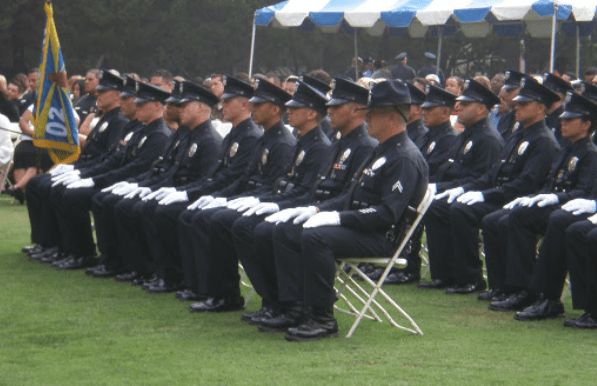 When my sense of justice was forming as a teenager, I hated to standby and witness injustice. When able, I stepped in to make things right.

As I matured into an adult, I was convinced God gave me physical and emotional gifts to be a seeker of justice—a sheepdog.

In order to pursue my goals I worked as a skilled laborer, enlisted in the military, paid my way through college, and became a police officer.

During my pre-screening interview I told the oral board of my desire to stand between good and evil.

Well, for more than 30 years, that’s what I did. Although the perfection quickly faded from my utopian view, I never lost focus of the victims in front of me.

I quickly learned that police work isn’t pretty. Taking someone into custody who doesn’t want to go has always been one of the most challenging aspects of the business.

On more occasions than I can remember, I wrestled with people strung out on cocaine, methamphetamine, PCP, etc. hoping I wouldn’t break fingers, arms, and legs while getting them handcuffed and secured in a police unit. Way before iPhone cameras were in everyone’s hands, I knew these arrests looked bad to onlookers.

Not once during my career did I witness a peer use excessive force based upon race. Yes, I saw officers do dumb things, but it was usually the result of stupidity, not racism.

Overall, I was proud to work side by side with professional men and women from a variety of ethnic backgrounds. What mattered was the color of our uniform—blue.

The city that employed my services is about 46 percent minority, 54 percent white. The largest minority group is Vietnamese, at about 35 percent.

Moreover, while working undercover operations I’ve had guns pulled on me by minority individuals in Los Angeles, Downey, and Santa Ana, simply because I was white and in the wrong neighborhood. So in those limited circumstances I know what racial discrimination looks like. Nevertheless, someone will accuse me of racism for bringing it up; I know, it’s happened before.

Furthermore, I’ve seen suspects of all colors handle weapons while working uniform patrol. In all but one circumstance the suspects surrendered the weapon of choice or discarded it. On one occasion, he (a minority) did not, and it was an event that scarred my family deeply. His desire to take my life had nothing to do with racism. He was simply a criminal with homicidal intent, and I was the person coming to arrest him.

Sadly, racism is being redefined to encompass so many behaviors that good and honorable people possess and practice.

There are more, but these have recently intersected with my life, so each one represents a new component in the public conversation that I’m still trying to figure out.

I laugh when I hear the “white privilege” piece. There was nothing privileged about my upbringing, other than an abundance of family love and godly values on display in our home.

I am one of 11 siblings, raised by depression era parents who taught us the value of work. My parents were farmers who did not attend college, although they had far more sense about civilization than currently taught in schools of higher education. There were plenty of times they did not have two nickels to rub together. Eating bologna gravy on bread was not an unusual meal in our home.

Yet the 11 children in our household earned 13 college degrees, including five master’s degrees and two doctorates; all while working labor related jobs to get through college. Those who did not obtain a college degree became tradesmen and professionals with various licensing and certificate requirements.

God does not teach us to look in a mirror in order to see our value. He uniquely created us differently, which is something to celebrate, not compete for attention or demand preference over another. The more we categorize our differences the more we are driven apart and separated by tribalism.

Law enforcement appears to be the last government institution that is not dominated and controlled by the liberal left. Therefore, they need to take us out at the knees, and it’s happening in real time.

The Floyd custodial death is nothing more than a smokescreen. Regardless of your perspective—and there are many legitimate questions being asked about the death—the wheels of justice went into motion immediately. Protests, okay, but there was no need for riots that broke out all over the country. There were undertones and strategic reasons for all of it, which are better explained by experts far more capable than I am. i.e. Dr. Ron Martinelli’s book, The Truth Behind Black Lives Matter Movement and the War on Police.

Think about it for a minute, physicians kill far more people annually through negligence and malpractice than police officers, yet they are quietly “policed” by the State Medical Board—no body cams or civilian review board for them. Lawyers destroy more lives through unethical behavior than police would ever consider, yet they are kept in line by the State Bar Association. Again, no body cams or civilian review board.

Sadly, the conversation has gone way beyond civilian review boards. Total abolishment or defunding of police departments are the topics du jour. Excuse me, but my head is spinning at the ludicrous suggestion. Even far left Mayor Jacob Frey doesn’t agree with that one.

All I know is that I became a cop to seek justice for all people, and now I’m being told that I’ve been a racist all along; even as I applied the law fairly and impartially to anyone that crossed my path.

Sorry, I’m not buying all the nonsense going on. It might work on guilt ridden elitist, but I never qualified for their class anyway. I’m just a simple guy, doing complex work, and trying my best to be professional with everyone, regardless of the color of skin. That is my story, and it’s not racist.