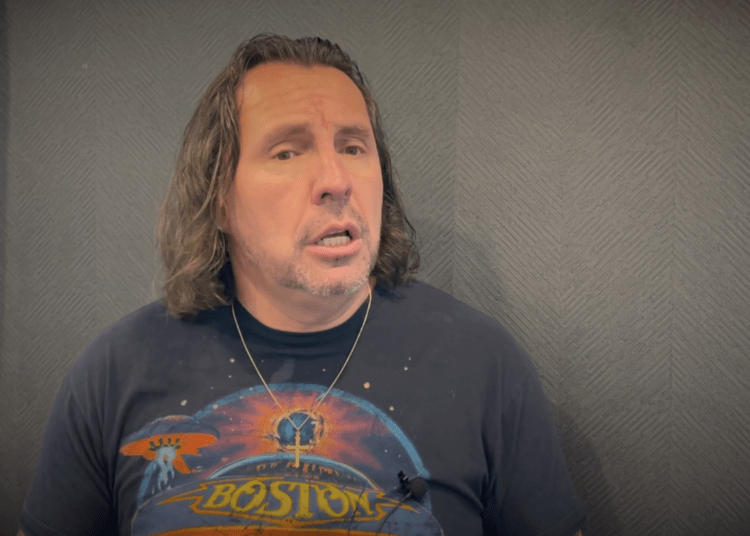 Retired Police Sergeant Mark DiBona couldn’t get over the way his department had not stood with him. He had thought the “Thin Blue Line was universal,” but he soon learned otherwise.

He loved being a cop, and it had been a dream since childhood. In his youth he watched all the old police shows, such as ADAM-12 and others.

“The cop who walked the beat in my neighborhood was an amazing person,” DiBona remembers.

His day finally came when the badge was pinned on him.

As the years wore on, he began to see that his fellow officers and admin might not stand with him. This heartache brought him unprecedented stress. He soon learned what many other officers had told him: “The number one cause of stress is the job itself – the administration.”

He developed PTSD, anxiety, and even depression. “I was the poster child for it,” DiBona said. “But I was in denial.”

DiBona was eventually overcome by his anger, and “going off the handle,” often toward his wife and fellow officers. Certain scenes he had witnessed also took a toll on him: childhood issues, a baby dying in his arms, and being at Ground Zero three days after the buildings collapsed.

That, and a whole lot more, led him to contemplate suicide.

“I wrote the note, taped it to my rearview mirror, and put some music on. I was a sergeant, but I couldn’t tell you what was going on,” he stated. “I was zoned in to take my life.”

Sitting in his patrol car at about 10:00 one night, DiBona took his gun and placed it in his mouth. As he was about to pull the trigger, a fellow officer drove up beside him and struck up a conversation. As they talked, DiBona kept his gun in his lap, intending to finish the task when they were done talking.

Finally, DiBona told the officer that he was there to end his life. The other officer, whom DiBona described as an “amazing person,” talked him out of it.

But the delay was only temporary.

When DiBona got home, he grabbed a bottle of booze and sat out beside his pool, determined to finish the job. But the thought that his wife would find his lifeless body, and then experience the trauma associated with such a tragedy, was more than he could take. There and then, he committed to finding help.

“I decided to get help, to accept therapy.”

DiBona was angry that his department had not stood with him in a certain matter, and was even on suspension, but is quick to add that he accepts “full responsibility” for his actions.

DiBona also visited a priest, hoping to find some answers, but came away frustrated. At home one night, he “Googled” phrases like “Christian” and “Born-Again.”

“I saw John 3:16, which I thought was absolutely amazing.”

A short time later, his wife came home from work and he told her: “I want to be born-again.” She wholeheartedly agreed.

“We were born-again that night,” DiBona said, with a huge smile on his face.

DiBona credits his faith with helping him through his suspension, as well as all the other trials that came with police work.

“The three biggest things in my life are God, Jesus, my wife. Whatever comes down my path, I know they have my back.”

DiBona now serves with Protecting the Guardian, an organization committed to the “health and wellness of law enforcement officers.”

Watch the video of DiBona sharing his story with The Cornelius Project.

In 1993, Mark moved to Florida and continued his career with the Seminole County Sheriff’s Office, where he retired as a patrol sergeant after 33 years of Law Enforcement experience.

Second Chicago police officer within a week dies by suicide