Against all odds, we found it! 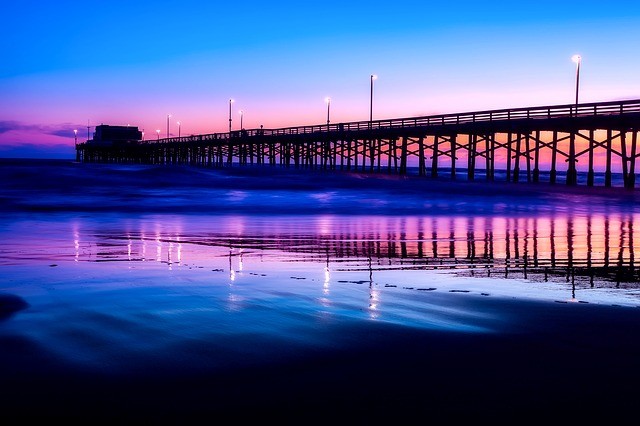 While working as a narcotic sergeant, I participated in an interesting investigation for attempted murder. It was a gang-related shooting. We knew the players, but lacked evidence.

One of the peripheral participants was a major supplier of MDMA (ecstasy), or simply called “E” on the street. We targeted him with laser focus. Soon, we caught him trafficking three “boats” (3000 tablets) of the drug. Upon booking, he offered to assist with the attempted homicide investigation.

We temporarily released Mr. E with specific instructions, but didn’t trust him, so we obtained legal authority and placed a tracker on his car without his knowledge. A short time later, he drove to the home of our primary target in the wee hours of the morning. The computer then tracked him to the pier in Newport Beach, California. After a very short visit, he left.

When confronted with this information, our informant denied the visit. However, we believed he compromised our investigation by telling the shooter we were on to him. So together, they drove to the pier and threw the gun into the Pacific Ocean.

Was our theory correct? Even so, would we be able to find the weapon in the massive body of water? It would be a long shot—truly a “needle in a haystack.”

One thing I learned as a cop is that you can’t find the needle if you don’t look. So we called the Dive Team from the Sheriff’s Department. They laughed at our request by confirming, “You want us to search for a gun in the ocean?”

Our next call was to the Newport Beach Marine Operations Division (Lifeguards). They enthusiastically stepped up to the challenge. Within twenty minutes of hitting the water in scuba gear, they ascended with a semi-automatic handgun.

We found the “needle”—evidence of epic proportions!

Ballistics matched our shooting and we made the arrest. When the firearm was unexpectedly placed on the table before the gunman during the interrogation, his eyes became the size of flying saucers as his jaw dropped, exposing the dental work in his molars. Don’t ever doubt non-verbal communication as a confession of guilt. He didn’t admit to the shooting, but the video evidence of his response was damning.

Biblical patriarchs were shepherds too. Moses and David particularly were called from keeping sheep to rule God’s people. Is it no wonder that an Angel of the Lord appeared to shepherds in the field, keeping watch over their flock by night? Just like the GPS tracker led us to the ocean looking for a “needle in the haystack,” the Angel led these shepherds to another stack of hay with a discovery far more valuable. “And this day will be a sign for you; you will find a baby wrapped in swaddling cloths and lying in a manger.”

A manger is a feeding trough where hay would be placed for livestock, but surely not a comforting cradle for a newborn infant!

When Jesus walked the earth, he distinguished himself as remarkable, by nothing so much as the instances of his humiliation.

Jesus was a gem in a haystack—the triune God in the form of man, sent to be the perfect sacrifice for you and me.

There is no assault on Christmas or Christianity that can change the objective facts of His birth, flawless life, crucifixion, and resurrection. Cold Case Christianity by former Los Angeles County homicide detective, J. Warner Wallace is a solid resource if you’d like to investigate further.

We believed a gun existed in our criminal case, but didn’t possess it until we made an honest effort to find it. Many people believe Jesus exists, but are standing at the edge of the pier refusing look further to seek truth. Some out of fear, some from ignorance, and others due to lies that He cannot be found or was simply mythological.

The truth is that Jesus indeed entered the physical world on a bed of hay, but He’s no needle. Moreover, he isn’t hiding. Actually, the Bible says he pursues us while we try to shield ourselves in all manner of self-reliance or shame.

“Surely your goodness and unfailing love will pursue me all the days of my life, and I will live in the house of the Lord forever,” David wrote in the Psalms.

The story of Christ has been publicly investigated, analyzed, and proclaimed by many who’ve figuratively jumped into the spiritual ocean. Jesus said, “I am the good shepherd. The good shepherd lays down His life for the sheep.” He will find you if you want to be found, regardless of the thickets (or coral) that entangle your life.

If my illustrations are too philosophical or metaphorical, simply read Luke 2 and John 10 in the Bible. While reading, ask God to make Himself known to you. The power of His Word has more strength than a wave of expression from me. I pray that you will know Him in your heart, not just your mind this Christmas season.

NOTE: Books written by Jim using law enforcement illustrations to underscore biblical truth include “The Spirit Behind Badge 145,” “Justice Revealed,” and “Jurisdiction.” Read more. Buy here. (All profits for these books get used to minister to police officers.)