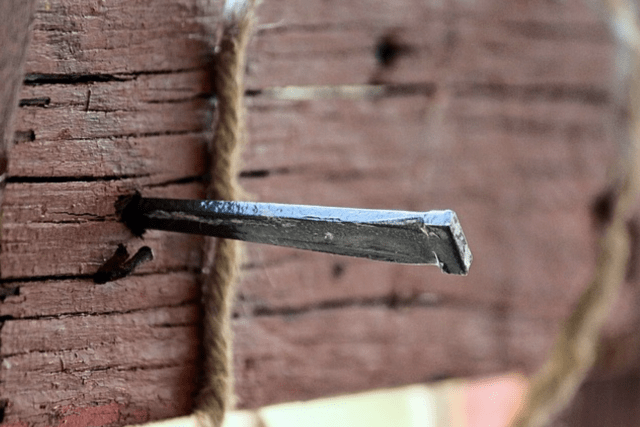 Cops are cynical people. It is what makes them excel in a profession where evidence—truth—is more important than a feeling.

I get it after wearing a uniform more than 30 years.

Many people think Christianity is based upon an emotional acceptance of tales told “once upon a time” that may or may not be true.

Refer to the holiday as you may—Easter bunnies, eggs, etc.—but the reality is that it is on the calendar to celebrate the belief the Jesus Christ was resurrected from the grave. As a result, he offers himself as a redeemer to humanity.

Interestingly enough, the Hebrew term for redeemer is identified as one who rescues others from indentured slavery.

“For I know that my Redeemer lives, and at the last he will stand upon the earth.”

If the resurrection of Jesus did not occur, Christianity would fail to exist. Yet it was a highly educated antagonist, Saul of Tarsus, who later wrote,

“Then he appeared to more than five hundred brothers at one time, …”

This fact has so much historical documentation that it cannot be ignored.

If five hundred people saw the resurrected Christ, you need to believe:

There are more than 2.2 billion people willing to do what eleven disciples feared when Jesus was crucified—to follow him. Those eleven were part of the five hundred, and that is why the figure now exceeds 2.2 billion.

Those disciples became the original martyrs. No big deal you say as there have been plenty of martyrs for all religions.

If the resurrection was a fairy tale, those men died for something they knew to be a lie. That is Easter evidence that is difficult to reconcile as a fable.

Without the resurrection, no other holiday on the Christian calendar would exist!

According to the Bible, Christ is risen! He is risen indeed!

Have a blessed Easter celebration!