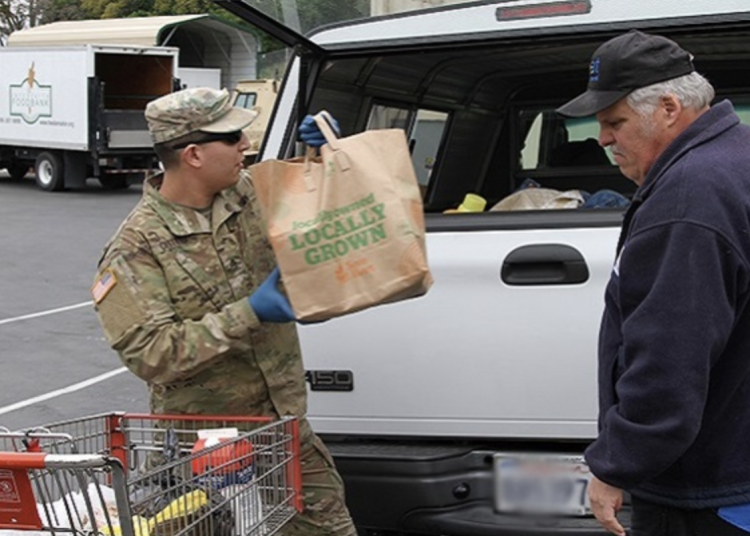 President Trump on Friday signed an executive order authorizing the Pentagon to bring back former troops, including members of the National Guard and Ready Reserve members, to active duty as part of the ongoing response to the coronavirus crisis, Fox News reported.

“Today the President signed an Executive Order authorizing Secretary Esper to order units and individual members in the National Guard and Reserves and certain Individual Ready Reserve members, to active duty to augment forces for the effective response to the coronavirus outbreak,” Pentagon spokesman Jonathan Hoffman said in a statement.

The department said that, in general, the members called up will be those in headquarters units and those with high demand medical capabilities, who would not adversely affect their local communities by being called up. The order allows them to be called up for up to two years and up to a million can be recalled.

“This will allow us to mobilize medical disaster emergency response personnel to help wage our battle against the virus,” Trump said at a press conference Friday previewing the decision. “We have a lot of people, retirees, great military people, they’re coming back in.”

Now that the executive order is in place, the Pentagon is reviewing considerations for recall, but there is not a projected number of activations being targeted.

“The Department has been committed to using all our capabilities to confront the coronavirus outbreak, and the President’s action today ensures that we can bring select members of the Reserves and National Guard to the fight where needed most,” the statement said.

This week Trump activated the National Guard in New York, Washington and California — states that have been hardest hit by the virus that has caused havoc across the country and shuttered much of daily life, Fox reported.

More than 200 U.S. Army soldiers were deployed to New York on Thursday to provide a “full range of health care services” to the state fighting the most coronavirus cases in the country.

“There’s no discussion, … there’s no plan to use the National Guard in Title 32 or state active duty status or in any other status to do quarantine [enforcement] or enforce shelter-in-place operations,” Air Force Gen. Joseph L. Lengyel said during a telephone news conference, health.mil reported.

Though it’s possible the National Guard could be used in such a capacity if governors ask the Guard to do so, the general said, that has not happened.

“Once again, [there is] no plan to use the National Guard in any kind of large-scale lockdown capacity of the United States of America,” Lengyel told reporters.

Rather, he said, Guardsmen who have been called up are providing transportation, command and control functions, engineering, and planning and logistics throughout the country. In 12 states, he added, Guard members are also either directly administering tests or supporting medical professionals in their efforts. In Arizona, he said, some Guard members are even helping to keep the supply chain afloat for their local communities.

“They’ve got trucks showing up at stores [with] nobody to unload the trucks,” he said. “In some cases, they’re using National Guard members to … assist, if you will, that supply chain, to keep products available to people in the community.”