A northern Nevada Highway Patrol trooper was shot and killed Friday morning at 6 am. 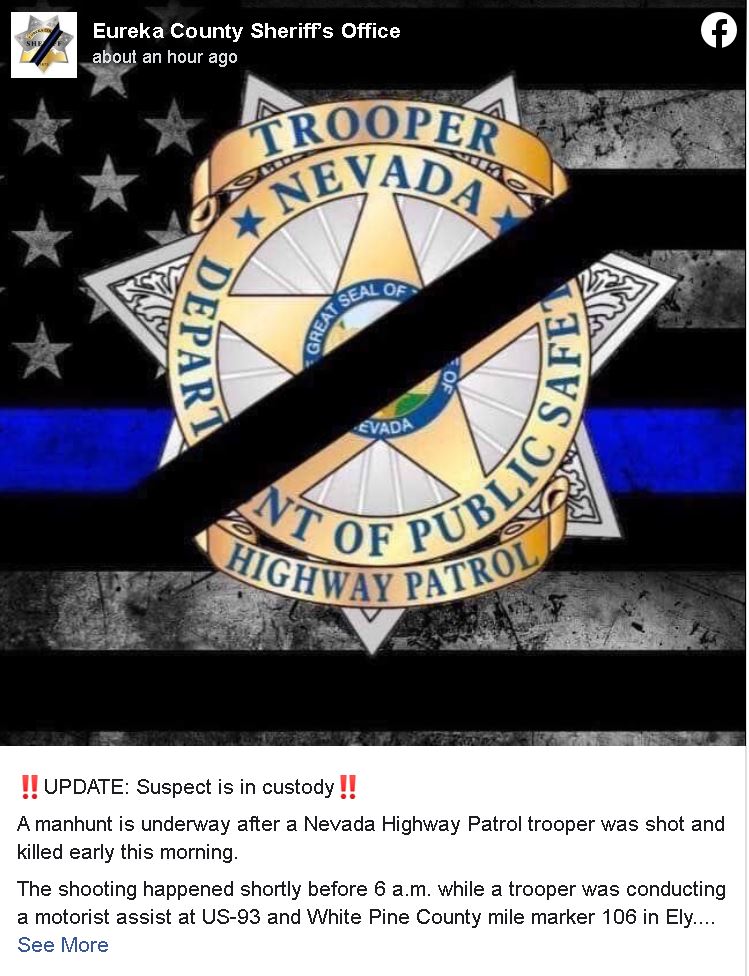 The trooper had stopped to assist a motorist on U.S. 93 shortly before 6 a.m. in White Pine County near Ely.

Multiple shots were fired and the trooper was shot.

Sources tell Law Officer that the trooper had stopped to help a stranded motorist when he was killed on the side of the road.

The suspect tool the trooper’s uniform and patrol car before fleeing the area.

Law enforcement in the area began a search for the suspect, who was taken into custody approximately 4 hours after the shooting. 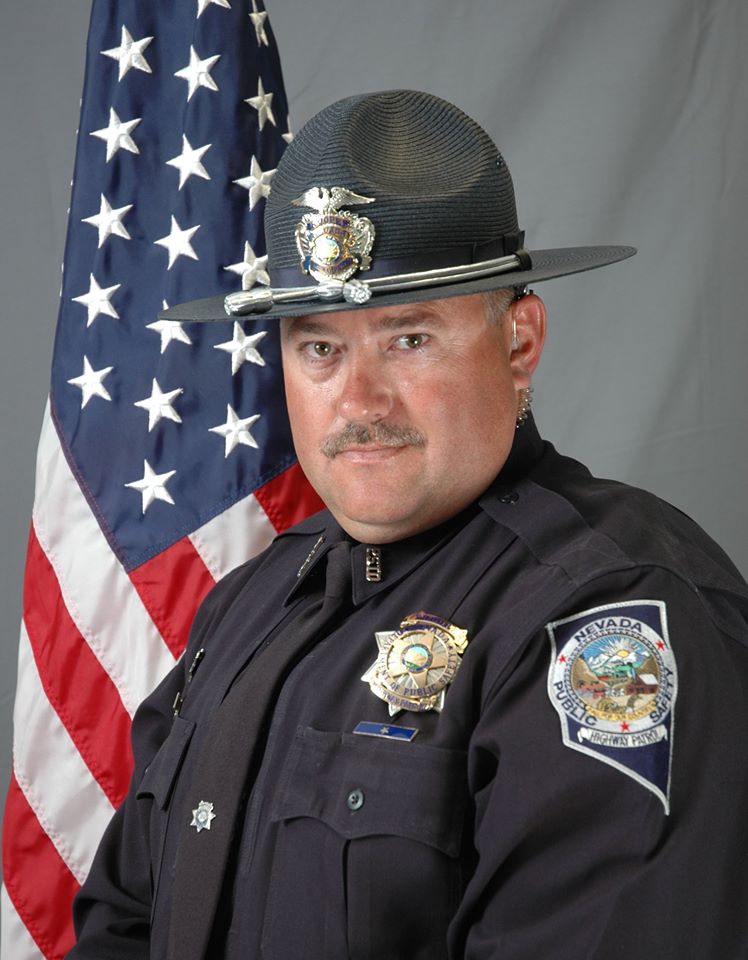 In a statement released by the Highway patrol, 47-year-old Sgt. Jenkins was an Elko native who devoted his life to public service and to serving Nevadans. He began working for the Highway Patrol in March 2008 as a Trooper in Jackpot and was promoted to Sergeant in Elko in 2017. Prior to NHP, he was a training officer for the Nevada State Fire Marshal Division, a crew supervisor for the Nevada Division of Forestry, an Assistant Fire Chief for the Spring Creek Volunteer Fire Department, and a veteran of both the Army National Guard and Air National Guard. In 2011, Jenkins received the Nevada Department of Public Safety‘s highest honor, the Gold Medal of Valor, which is presented to officers who perform an extraordinary act of heroism.

He is survived by his wife, his mother, four children, and five grandchildren. This is a time of tremendous grief for our agency, his family, and our communities. A memorial service is pending and that information will be forthcoming at a later date.

What Are Your Thoughts?
Tags: nevada highway patrolNewsOfficer Down