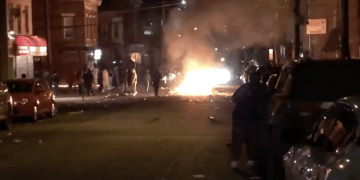 The volatile politician falsely claimed the suspect was unarmed

by Law Officer
in Investigations, News, Officer Down
5.5k 55
0 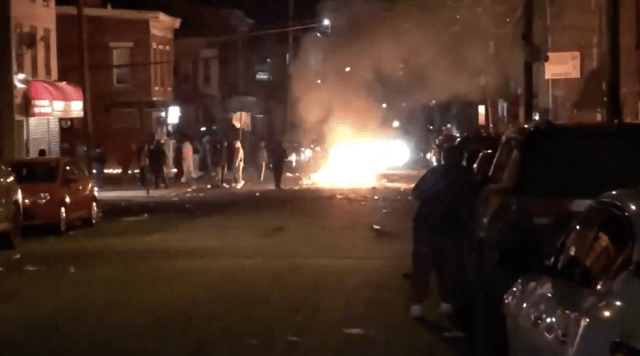 NEWBURGH N.Y. – A man who pulled a gun on Newburgh City Police late Friday afternoon was shot and killed by officers.

When officers approached the man, he pulled a silver handgun. A struggle ensured and the handgun discharged and several officers returned fire, killing him, said Orange County District Attorney.

The officers were taken to the hospital for treatment. The suspect was pronounced dead at Montefiore St. Luke’s Cornwall Hospital.

Police from several agencies, which included Orange, Ulster and Dutchess counties, and the FBI, were called to the city because of large crowds gathering.

Newburgh City Councilman Omari Shakur, meanwhile, has posted a video on Facebook saying “an unarmed black man” was shot and killed by police, who he called “pigs” and said they are “killers.”

Shakur is the same individual who went on a vulgarity laced tirade last month when an officer contacted him regarding his vehicle blocking traffic.

Following the February encounter, the Police Superior Officers Association, a union for high-ranking Newburgh officers, said in a statement that Shakur told a detective, “I’m your (expletive) boss,” and threatened to run over another uniformed officer, telling him to “pull your gun out (expletive) ’cause I’m getting ready to go at you.”

There is a riot scene here in #Newburgh a full #fire in the street. No police no fire department in sight . Residents are enraged over the fatal police involved shooting of a young Newburgh resident Friday. Here with @BenNandyNews @SPECNewsHV pic.twitter.com/3tmOvcQCDD

A Facebook page that is attributed to him is filled with hateful posts trying to absolve the armed suspect in the shooting with police.

Law Officer is the only major law enforcement publication and website owned and operated by law enforcement. This unique facet makes Law Officer much more than just a publishing company but is a true advocate for the profession.
Tags: Newburgh policeoisOmari Shakur