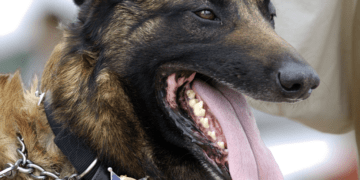 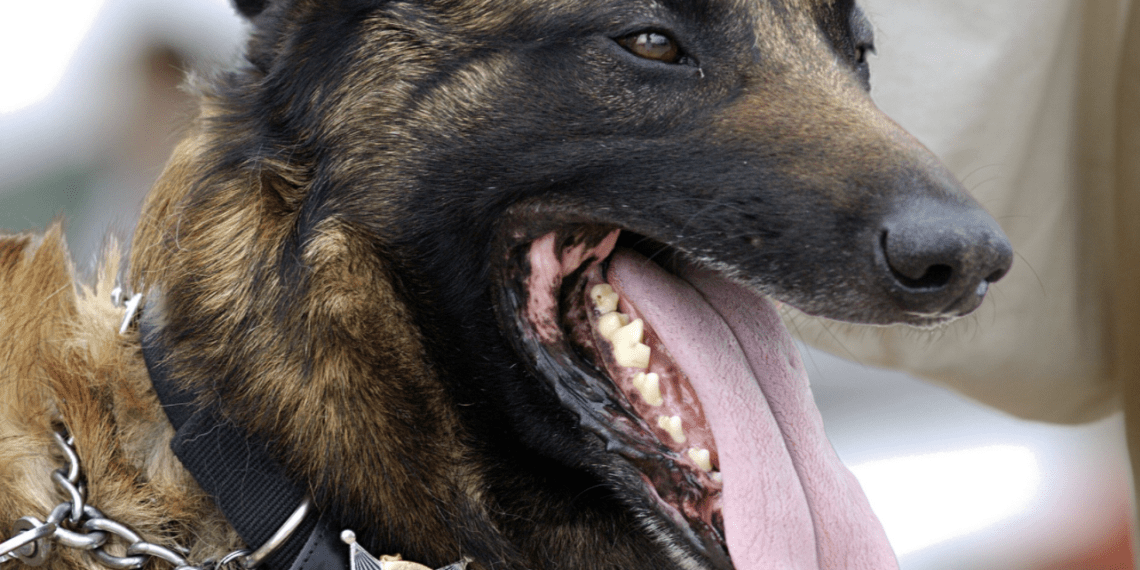 PLYMOUTH, Mass. — Law enforcement officers in Massachusetts say the current language in proposed police reform legislation could lead to less work for police K9s and an end to some K9 programs.

Plymouth County Sheriff’s Lt. James Creed, who received a Medal of Honor from Gov. Charlie Baker for his heroic actions during a 2016 Taunton stabbing rampage, has written letters to the governor and state leaders, asking them to adjust the language in the bills and clarify appropriate use of the dogs, Boston 25 reported.

According to Creed, House Bill 4886, which defines one example of an “‘officer-involved injury or death’, any event during which an officer… attacks a person using a dog, actually or proximately causing injury or death of another.”

“There’s some language in there that I think was well-intentioned, but I think it may be a little bit problematic for us,” Creed told Boston 25 News on Monday. “They use the word ‘attack dog,’ when they refer to our dogs. We don’t usually call our dogs that. Our dogs bite and hold; they don’t attack… We train them to bite once and hold. They usually get an extremity, and they hold until release, so there’s minimal damage to a person if they actually have to bite them. But our bite ratio is actually very low.”

In an effort to demonstrate their value, Creed said the department’s K9 Unit located about 50 people last year, five of which involved apprehension bites.

One of Creed’s two K9 partners is named Heath, in honor of George Heath, a beloved teacher who was killed while defending a waitress who was being stabbed in 2016.

Creed, who was off-duty enjoying dinner with his wife, ordered the attacker, Arthur DaRosa, to drop his knife. When DaRosa refused to let go of his weapon and continued charging, Creed fatally shot the suspect.

Creed has since become friends with George Heath’s wife, Rosemary. It was with her blessing that Creed named his dog after her late husband.

“We train them so that they track very calmly,” Creed said of training dogs for searches. “They can track a child the same way they track a bad guy. And the difference is, is how the subject acts at the end.”

The legislation would also make it unlawful for officers to “release a dog to control or influence a person’s behavior unless: de-escalation tactics have been attempted and failed or are not feasible based on the totality of the circumstances; and the measures used are necessary to prevent imminent harm and the foreseeable harm inflicted by the… dog is proportionate to the threat of imminent harm.”

While Creed said he and his fellow officers welcome change in law enforcement, he believes the language involving K9s is overly broad and confusing. As a result, it will prevent some towns from using dogs, particularly in important victim searches. Consequently, K9 programs could simply end, Creed fears.

“The dog that might have been there that does that patrol and bite work is also that same dog that could find the missing person, the missing child, the missing elderly person,” Creed said. “And if this was to go into law, some departments might drop those programs, and you might have to wait from further away. And minutes count, especially in the winter and the summer. We get a lot of missing autistic kids, missing elderly people, and time is of the essence.”

Nevertheless, in his letter to the governor, Creed cites a dispute between two biker gangs last April during which officers handling K9s positioned themselves between the gangs and were able to de-escalate the situation, with both groups finally dispersing. A ranking member of one gang later told officers he would have taken on the police and the rival gang but was not willing to fight the dogs, Creed wrote.

“There’s a lot of changes coming, and a lot of the changes are needed,” Creed said. “We’re just trying to be part of the solution instead of part of the problem.”

Meanwhile, in Austin, Texas, the city council will vote on their 2021 budget next week. This includes massive budgets cuts aimed at the police department.

Several Austin City Council members are proposing restructuring or eliminating @Austin_Police's mounted patrol, which they say would result in cuts of about $2 million to APD. @jenniferonFOX7 reports: https://t.co/diGUCfMXMb

“So when officers go in to make arrests or they go in to break up fights, we will bring the horses in to provide a barrier around them so they can do whatever they need to do without worry of any of the people in the crowd coming up behind them to do any harmful things to them,” said Sgt. Julie Payne with the mounted patrol unit.

The team of mounted officers is used mainly for crowd control, but the department also turns to them to reopen roads, engage with the community, and even search and rescue operations.

“One well-trained officer on a well-trained horse is equal to 10 officers on foot in a crowd control situation. And we can do that in such a deescalating way. So we can go in and move a crowd, because they can see us when we are eight feet high in the air,” Payne said.