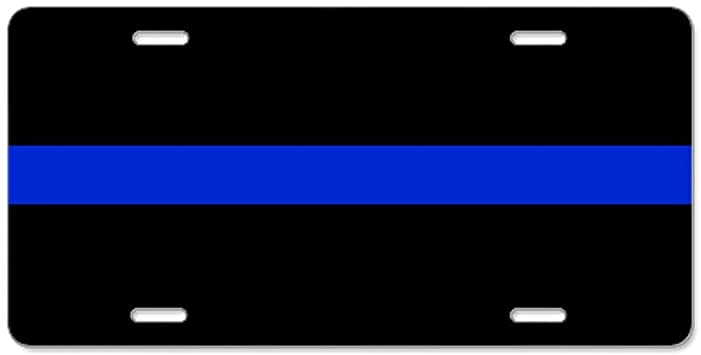 A former police officer and U.S. Army veteran is speaking out after he applied for a license plate that reads “BLUTHINL” for “Blue Thin Line” and got rejected by the Department of Motor Vehicles in Napa.

Former Army medic Scott Parkhurst gets emotional when he talks about the DMVs decision to reject his application.

“The state of California, you can’t do that,” he said. “You can’t tell a police officer that ‘Blue Thin Line’ is offensive, aggressive and threatening, that’s not fair.”

As reported by NBC Bay Area, Parkhurst wanted to put the license plate on his car and he applied for it back in March.

Parkhurt wanted to honor fallen police officers and acknowledged that the current environment is likely the culprit in the denial.

“I understand that the public is feeling uneasy with police right now. I get that … I so get that.”

Scott Parkhurst got rejected for a license plate that says BLUTHINL DMV calls it offensive story at 11 pic.twitter.com/rUM8q3bX6j

Oddly, Parkhurt said that the DMV had previously approved other police related plates that he had applied for including “10CODES.”

Parkhurst says he fought for his country, now he plans to fight for something else, freedom of speech.

“I have to stand up for all police officers and their families,” Parkhurst said.