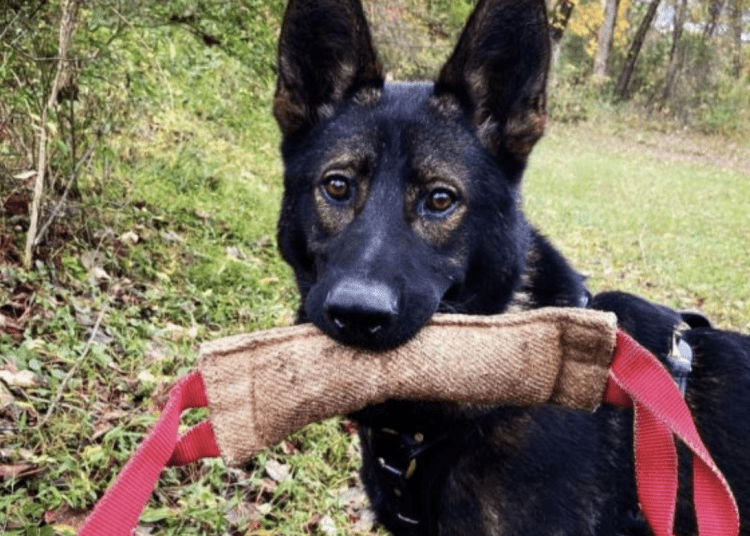 ONEONTA, Ala. — An Alabama police service dog (PSD) was struck by a car following a series of unfortunate events. He is preparing to undergo surgery for the on-duty injury.

K9 Boogieman, the sole PSD of the Oneonta Police Department, recently graduated from Highland Canine Training LLC and joined the agency in December. He specializes in narcotics detection and human tracking, AL.com reported.

Last week, Boogieman was injured when he decided to … act like a dog.

Chief Charles Clifton said the K9’s handler, Officer Ryan Pinyan, received a call for service and was loading the 14-month-old German shepherd/malinois mix into the police cruiser. A cat was sitting next to an air conditioning unit in the alley where the police units are parked. Pinyan did not see the cat.

While the handler was loading K9 Boogieman in the unit, the air conditioner kicked on, startling the cat. Hence, the PSD went into “foot pursuit.”

During the chase, the cat ran across a street and managed to avoid traffic. Boogieman was not as fortunate. He was struck by a vehicle and his left leg severely injured, according to AL.com.

Boogieman was so new to the department, his insurance had not yet kicked in. The vet bill for his injury has been quoted at about $8,000 to $12,000 including surgery and therapy that will follow.

“He’s a good boy,’’ Clifton said. “And he’s effective. If you take off running, he’s going to take us right to you.”

As a result of the insurance predicament, a GoFundMe page was launched Tuesday. At the time of publication it has raised nearly $3,400. Donations can be made here.