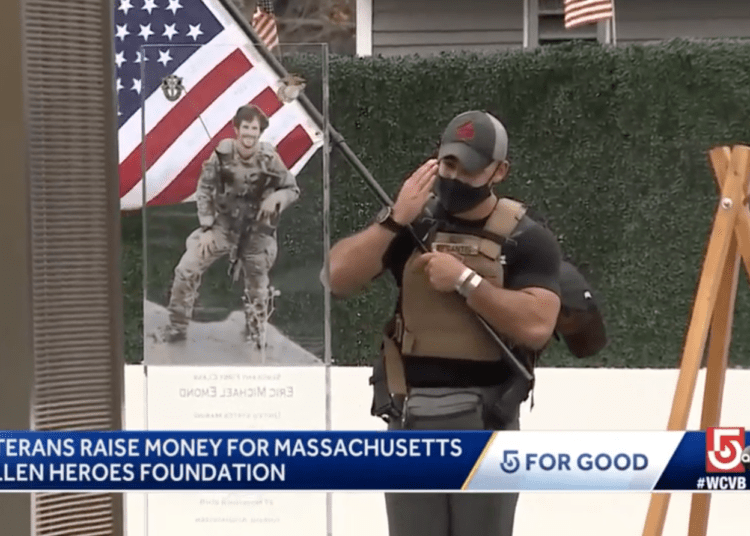 BOSTON — A police officer in Massachusetts who is also a veteran teamed up with a fellow soldier on Veterans Day to raise money for the Massachusetts Fallen Heroes Foundation.

Burlington Police Officer Jacob DeSantis, a U.S. Army vet, took part in a 22-mile ruck course to honor the 22 veterans who take their lives each day, on average, WCVB reported.

The patriotic police officer began his journey at the Tewksbury Police Department Wednesday morning, marched to the Burlington Police Department and then finished at the Massachusetts Fallen Heroes Memorial in Boston, according to the news organization.

Meanwhile, U.S. Army 2nd Lt. Joseph Morgan, a Burlington native, completed his own 22-mile ruck in Georgia. He marched from Fort Benning to the top of Currahee Mountain.

As of 9:00 p.m., DeSantis and Morgan had raised more than $11,163 for the Massachusetts Fallen Heroes Foundation. To donate to their fundraiser, which ends Thursday, click here.