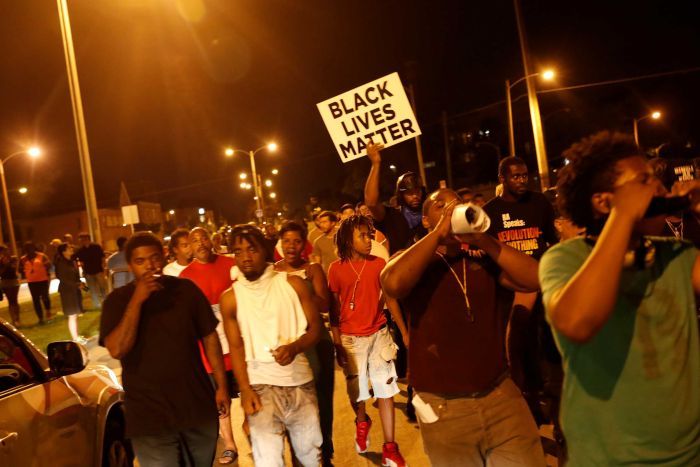 You may be asking yourself why anyone would want to be the Milwaukee Police Chief?

In a city that is seemingly run by activists with an agenda and a media that loves to stir up just about anything they can perceive as anti-police, the Police Chief is like a duck in a shooting gallery and that is exactly what happened to former Chief Alfonso Morales in August.

Less than a year after he was appointed to a four-year term as chief by the city’s Fire and Police Commission, Morales was busted to the rank of Captain in what has been called a “blood feud” between Chief Morales and Chairman DeVougas.

Morales retired and sued and we say good for him.

The Milwaukee Journal reported that today a judge gave Morales his job back, just one day after the board that demoted him selected a new acting chief.

Milwaukee County Circuit Judge Christopher Foley reversed the Milwaukee Fire and Police Commission’s decision and for that, we say it is about time someone does the right thing in Milwaukee.

It is past time that politicians keep their uneducated and biased views out of law enforcement.

And if any of those cowardly politicians happen to run across this article, we have some words of advice.

Let your police chief do their job because if you take one look at our major cities including Milwaukee, you will see violent crimes reaching the epic proportions they were in the ’80s and ’90s.

Milwaukee is an especially dumb city as its activists and politicians are doing all they can to destroy the safety of hard-working citizens.

Just this week, the council turned down 9.7 million dollars in grant funding that would have hired an additional 30 cops and paid their salary for 3 years.

THOUSANDS OF BLACK LIVES WILL BE LOST WITH MINNEAPOLIS EFFECT

It’s not like it would have hurt the city. As the violence is only getting higher, the department is down 200 cops and they are slated to be down another 120 next year.

And with those facts in front of anyone with three brain cells in decent operating condition, you would have to be an idiot to think that Chief Morales is the problem.

It’s like expecting Apple or Microsoft to profit while at the same time you cut their staffing and budget.

It’s not law enforcement or even police chiefs causing the problems in cities like Milwaukee…….It’s the idiot politicians that are listening to a fringe and radical section of the city that are demanding the defunding of the police.

Let us be clear about how evil this is.

The politicians, like those in Milwaukee, that are cutting the resources to their police departments, know full well what they are doing.

They know that response times to the citizens will increase.

WHAT GETS LOST WHEN POLICE BUDGETS GET CUT?

They know that specialty units designed to give top-notch services to citizens and make communities safer are being cut.

For example, Portland is in the process of eliminating its entire traffic unit….Every single one of them.

How might you ask does that contribute to “restorative justice?”

Well, if you consider that traffic deaths and injuries will far surpass criminal activity in that city, and you eliminate the unit trying to prevent that, it looks like “restorative justice” means we want more citizens to die?

The politicians know that there will be more murders, more assaults, more rapes, and more of just about every category of crime with their actions.

And if you think we are being too harsh or hyperbole, do you really believe that the crime numbers that are being reported out of Milwaukee, Chicago, Los Angeles, New York, and all of the other cities you would not dare vacation with anyone you cared about, are not seen by these politicians?

Do you believe that the Milwaukee Police and Fire Commission has no idea that there have been 96 more homicides this year than in 2019?

Do you really believe that the elected officials are not fully aware that Milwaukee is currently the 6th most dangerous city in America?

Of course, they know.

They just think their citizens are stupid. While the bodies are dropping, they are feuding and denying much-needed funds to their police chief…The CEO put in place to reduce crime?

It’s hard to put into words how completely stupid all of this is.

And considering that minorities will be the most affected when violence increases in cities, one could consider that the “defund” demands by Black Lives Matter will impact “Black Lives” in a much more negative way than anyone else.

Do you really think that any Mayor or Politician sitting in their gated community will feel the effects of defunding the police?

The issues that are occurring in Milwaukee and other cities are so ridiculous that Reverend Al Sharpton agrees with us.

“To take all policing off is something that I think a latte liberal may go for as they sit around the Hamptons discussing this as some academic problem….But people living on the ground need proper policing,” Sharpton said.

We simply don’t understand the abusive relationship the citizens in places like Milwaukee have with their elected leaders?

The citizens that are living there are literally voting for the very same people that are on a seek and destroy mission to make the lives of citizens more dangerous.